So That's How They Ballast Track in Norway 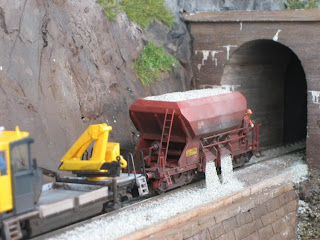 Or, at least, that’s what the photo above might make you believe.

Actually, it’s a creative photo by a Norwegian modeler who goes by the name of “Jevistad.” I was made aware of his great layout by a poster on Railroad Line Forums.

All I understand is the word “ballast.” A Norwegian to English translator tells me it says: “Aren't absolutely satisfied along with color at the ballast, saw now becomes facts stuck at usmusset.”

No matter; in any language, it’s a great layout, as the photos below attest.

Jevistad also has a channel on YouTube; click here to see the layout in action. You can see more photos at http://forum.mjf.no/forum_posts.asp?TID=1502&title=fra-togkjelleren.

According to the poster on Railroad Line Forums, the layout is called Indre Stambane, which in English means the Inner Mainline. It’s a fictitious “what if” layout, but he says “it has all the typical Norwegian details . . . the scenes are like the real thing and the scenery is typical in Norway.” 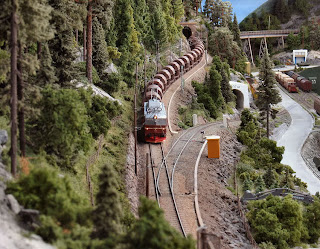 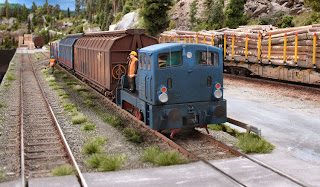 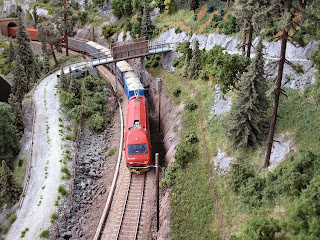