More 3D Printing and Model Railroading (and a Printed Dress)


An exhaust manifold, an artificial leg, an aircraft door-hinge, shoes—even a dress (see photo below)—these are some of the things that can now be made through 3D printing.

Earlier, I wrote how 3D printing—which works by building products up layer by layer from powdered metal, droplets of plastic or other materials—could revolutionize the hobby of model railroading.

3D printing, also called additive manufacturing, is being used to make all sorts of new items. But it is what it can do for model railroading that mostly concerns us.

One of the things 3D printing can is make models of unique locomotives that likely would not be made by manufacturers using conventional means, due to the low demand. 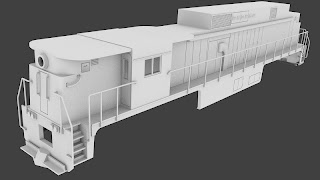 One such unit is General Electric E33 (above), which is being rendered for 3D printing in N scale by a Paul Burkitt-Gray of Claverton Engineering in Great Britain. Paul has designed it to fit on the Atlas C628 chassis.

The E33 was originally built for the Virginian Railway in 1955, then sold by its successor the Norfolk and Western to the New Haven, where they continued through Penn Central and Conrail ownership until retirement in 1981. 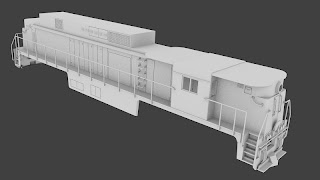 (There was a rumour in 2010 that Bachmann would make the E33 in N scale, but I couldn't find anything recent to substantiate it. They did make it in HO; it is sold out on their website.)

You can see more of Paul’s amazing work on Your Model Railway forum and at RMweb.co.uk.

Oh, yes—about that 3D printed dress. See it below from an article in The Economist about the 2011 3D printing conference, called Euromold, in Germany. 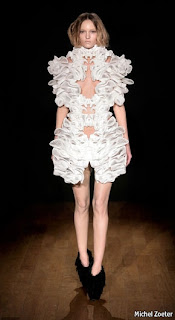