Good Times, And Sad, at the Annual Winnipeg Train Show 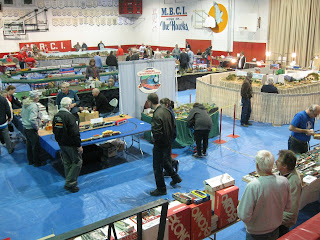 The annual Winnipeg Model Railroad Club train show was this weekend. As usual, it was a great time--a good mix of layouts, displays and sales tables. It's always fun to watch the kids watch the trains, and watch buyers get bargains. I even bought a couple things myself. 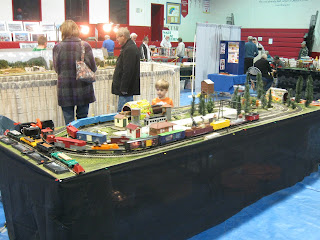 But mixed with the good times was some sadness. One local hobby shop had three tables of consignment items that belonged to someone who recently passed away. Like many, he collected lots of model railroad stuff for that layout he was going to build "someday." Unfortunately, that day never came.

Also on sale was a large amount of stuff belonging to a local modeller who, due to health reasons, needed to move into assisted living. He had to give up his layout. A friend and his son were selling his extensive collection. He came to the show for a short time, but left early--it was just too hard to watch his stuff be sold. 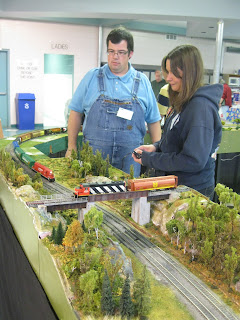 Other sellers had their own stories. One was moving from a house to an apartment, so his stuff had to go--that "someday" layout never happened. Others were thinning their collections; those locomotives and freight cars that once looked so cool now were just taking up space. Out they went!

Just another typical train show, in other words, repeated across Canada and the U.S. almost every weekend. 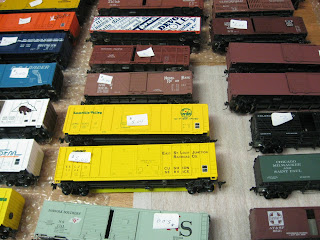