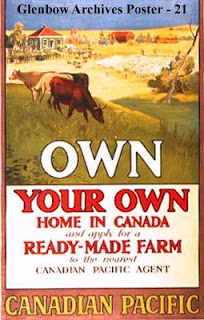 At the turn of the last century, the Canadian Pacific Railway had a problem.

It had lots of land in southern Alberta, but it was hard to convince settlers to come to the arid, treeless area to buy it and start their new lives.

So in 1909 the CPR decided on a novel strategy: Ready-Made farms. Just show up and move in!

I thought about the railway’s unique sales approach after a friend posted a photo of settlers from Colorado on their way to new ready-made homes and farms in southern Alberta in 1914.

It also brought back memories of visiting a replica ready-made barn in the rural district of Readymade, Alberta, near Coaldale, a couple of years ago.

Settlers who took the CPR up on its offer would find themselves in possession of up to 160 acres of land, fenced and ploughed; a house, shed and barn; and a drilled well and pump house.

Very few ready-made buildings exist. One is on display at the Danish-Canadian National Museum in Spruceview, Alberta. A few abandoned structures can be found in the province, as well.


Today, when automation is making it possible to have things made to order, it’s worth remembering that the CPR was doing something similar with its ready-made farms over 100 years ago.

More info, including house and barn plans, at the Archives Society of Alberta. 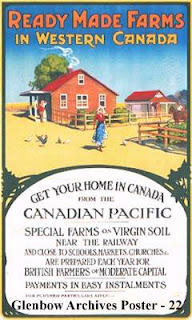