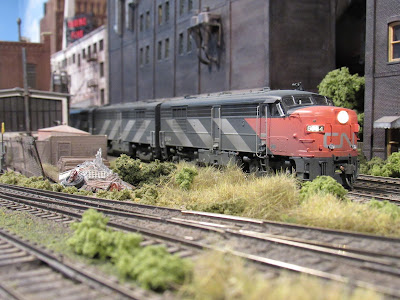 It was back in early 2014 that I first posted about Chris Plue's amazing Rapido Route.

The layout--his first--is based on Chris’ memories of taking the train from Toronto to Montreal and Quebec City as a child.

From that he developed an interest in urban scenery, CN and VIA Rail. The Rapido Route is the result. 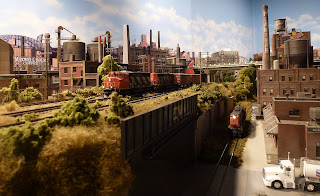 Since it’s been awhile, I asked Chris for an update and some new photos. Here’s his reply.

“I did scratch-build a new overpass that I had been wanting to do for some time, and positioned it in place where the girder-style overpass existed before. That bridge ended up being moved further down towards the maintenance shop area of the layout. 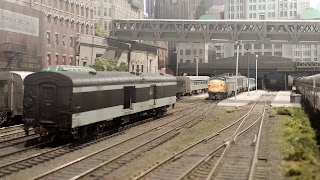 “I think that the new overpass adds to the 'feel' of the metropolitan area of the layout as it just seems to fit in better than the girder style did.

“Some of the backdrop areas were changed as well. I added some backdrop images that Bill Brown from LARC Products did up for me, and I have been really happy with the depth and look that the images have added. 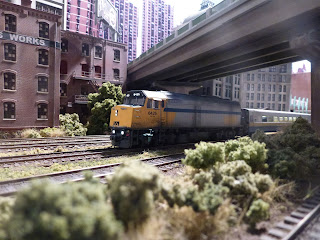 “The foreground structures closest to Union Station were changed around as I built a new pedestrian walkway bridge that extends from the foreground shopping centre, over the tracks at Union Station, and into the hotel on the other side.

"I'm also pretty happy with the newer 'grittier' look to things as well. 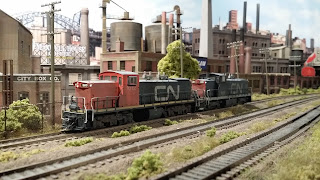 “One thing that is in the planning stages right now is a revamp of the trackplan.

"Although the current track configuration is okay, it does have its flaws and I have really come to learn that hard lesson after a year or so of running trains. As a result, a new trackplan is in the works that will be quite the project in the making.

“This will mean that the layout is going to get approximately 15 more feet added to its current size. This will provide a more smooth operating layout, with the ability to run more trains at one time.

“I plan on using Fast Tracks to build handlaid turnouts for the new layout, and continue to use the PECO Code 83 flextrack for the mainline runs. 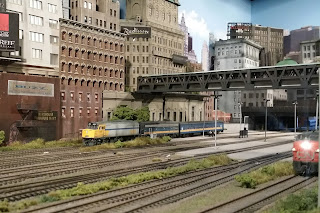 “One lesson I have learned (albeit through some frustration with turnouts and stalls) is that I'm really going to take my sweet time in ensuring that the trackwork in the new plan is nothing short of bulletproof.

"Everything from proper easements, superelevations, and smooth turnout transitions is something that I have learned a lot about (and am still learning about), so the new plan will be done right. 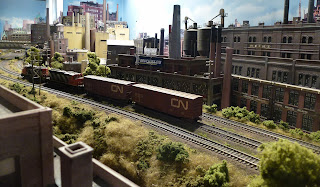 “The city scenes won't change all that much, save for a few areas, but that will be something that I will evaluate later on after the trackwork is down.

"I'm hoping to start construction (again) in the spring and have the trackwork completed within a year—which I think is very achievable. From there, the Rapido Route will take on a different look with better operations and more staging.” 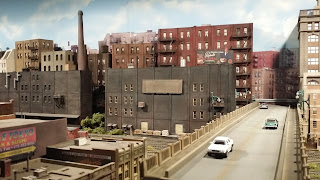 Chris has also created a video tour of the Rapido Route. Click here to view it. 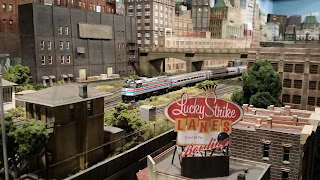 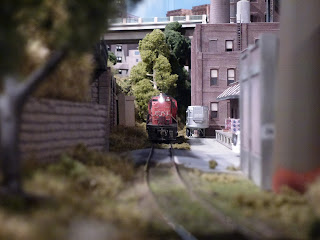 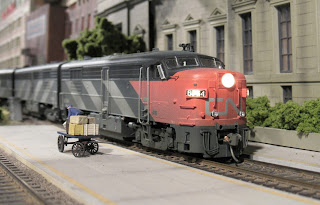