Use an Elevator to Connect a Multi-Level Layout 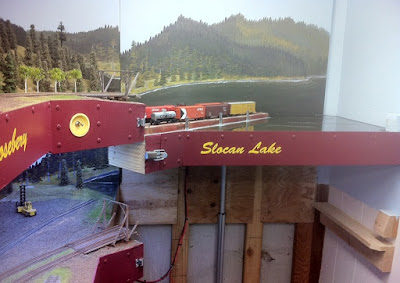 So here’s a neat idea for connecting the two levels of a layout: An elevator.

Most of us who have two-level layouts use a helix. But what if you are modelling ferry operations between two disconnected lines?

Then an elevator makes perfect sense. 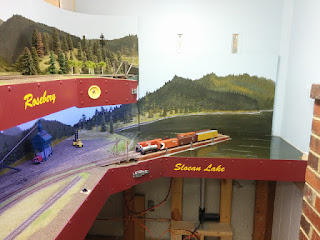 The layout and elevator belongs to Bruce Barney. It was on display during the 2015 NMRA convention in Portland, OR.

Bruce's HO scale Arrow Lake and Western is a semi-freelance representation of CP Rail operations in southern B.C., including rail barge traffic on Slocan Lake, in the late 1960s to 1970s.

Unlike other rail barge operations, where the cars are put on the barge by one locomotive and unloaded by another at the other end, the whole train was put on the barge and transferred by water.

On Bruce's layout, once the ferry is loaded, it moves from the first level to the second level via the elevator, simulating the trip along the lake. 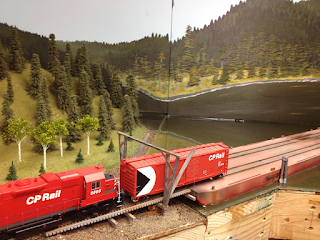 Click here to see a video of the elevator in operation. 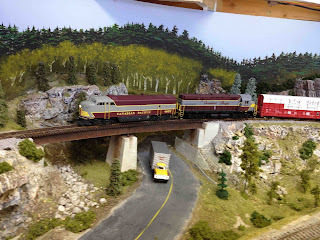 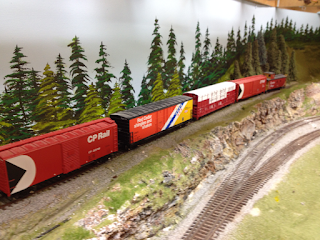 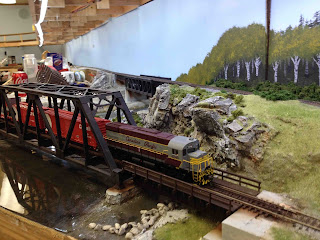 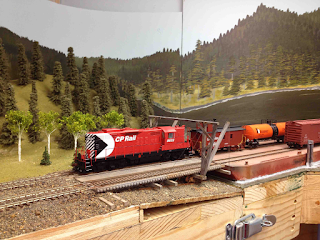