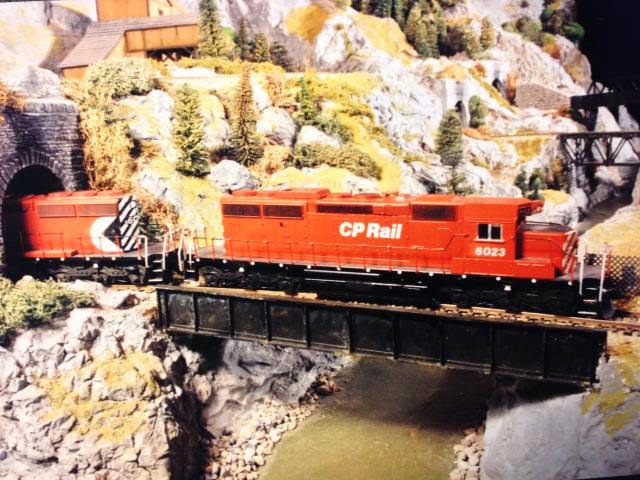 There's a first time for everything, including a first real layout.

I say "real," because prior to building the CP Rail Grimm Valley Sub., I had two previous layouts as kid: An HO layout on a 4 by 8 sheet of plywood, and a small N scale layout in my bedroom. 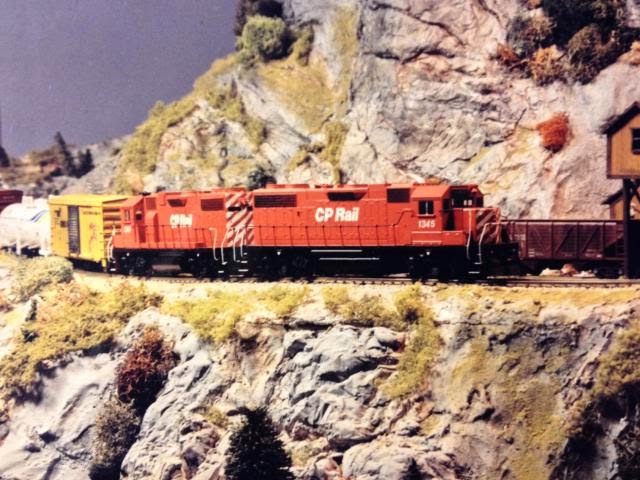 But I consider the Grimm Valley Sub. to be my first "real" layout, since it was the first one that incorporated operations, scenery and careful thought.

The layout got its name from my old N scale layout, which I called the Grimm Valley. (I have no idea where the name came from.) 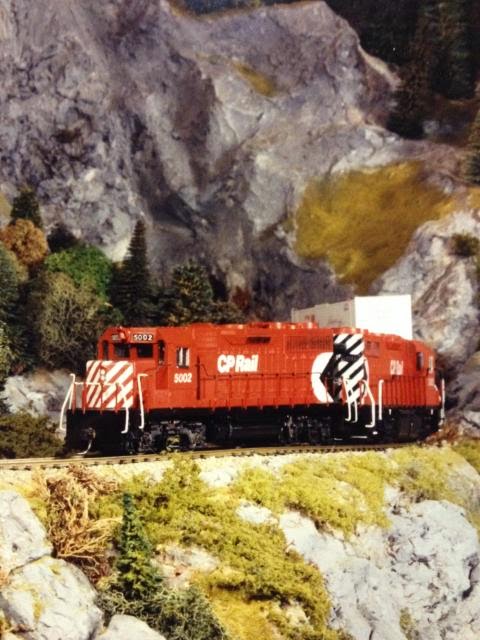 The layout was set in southeast B.C. I was inspired to choose that location after a visit to Cranbrook and a drive down to the Canada/U.S. border at Kingsgate, B.C./Eastport, ID, where CP Rail connects with the Union Pacific. 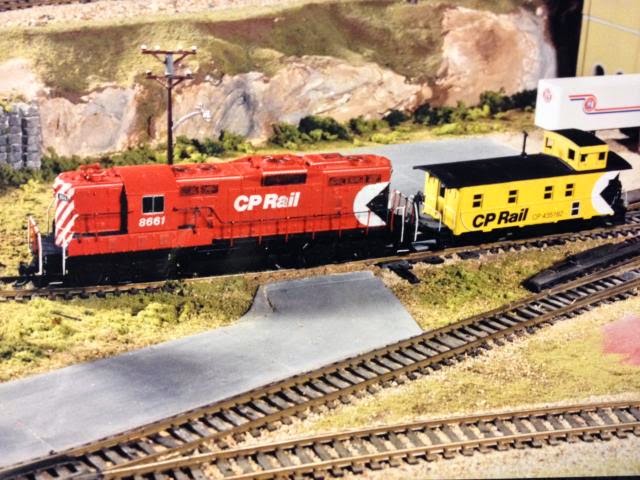 As originally built, the layout was a shortline bought from CP Rail. Later, as my knowledge of the prototype grew, it became a subdivision of CP Rail--although very heavily freelanced.

The layout occupied a 12 by 18 foot room in our first house. It was built around the walls, with the operating pit in the middle. Scenery was plaster gauze over screen wire. 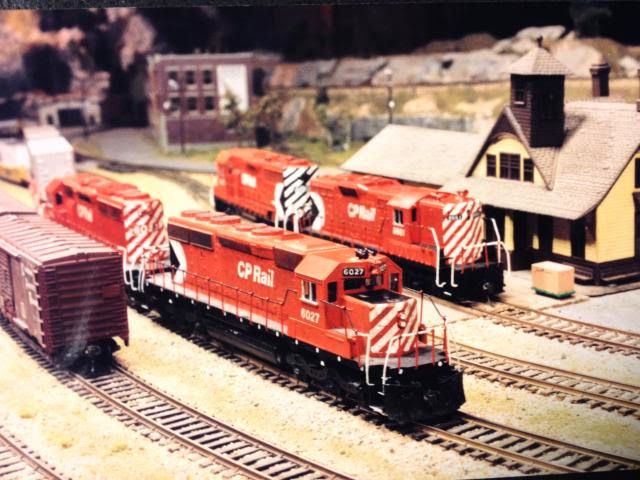 It was a test-bed experience, in many ways. First, I learned what not to do--things like 18 inch radius curves and number four switches on the mainline. 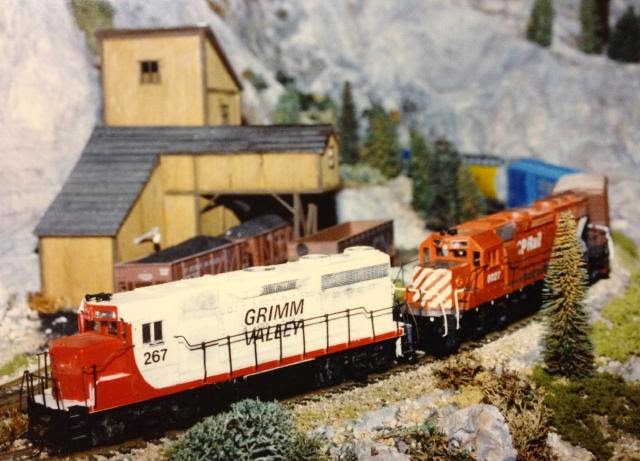 But I also developed new skills as I laid track, ballasted, made my first scratchbuilt structures, painted and decalled rolling stock and learned about weathering and operations. 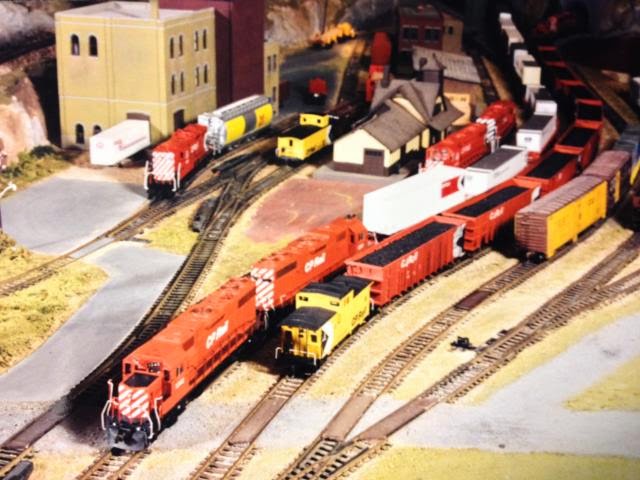 It was very much the kind of layout a newbie would build--especially a newbie with little money, but a lot of desire.

Lessons learned on the Grimm Valley Sub. were incorporated into the Manitoba & Minnesota Sub., my current layout. Chief among them was no more duckunders; I think I still have the scars from coming up too early on that old layout! 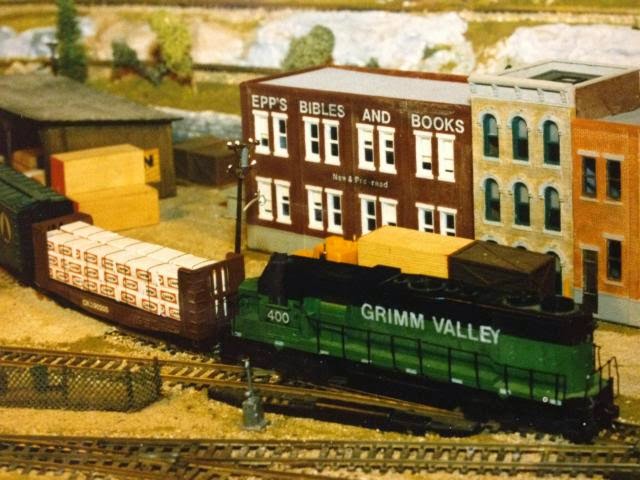 Like a first car or first kiss, I still look back fondly on that layout. It provided me with many hours of enjoyment. It's long gone now, but at least it can live on in these photos. Sorry about the quality; they are iPhone shots of prints (all I was able to take back then). 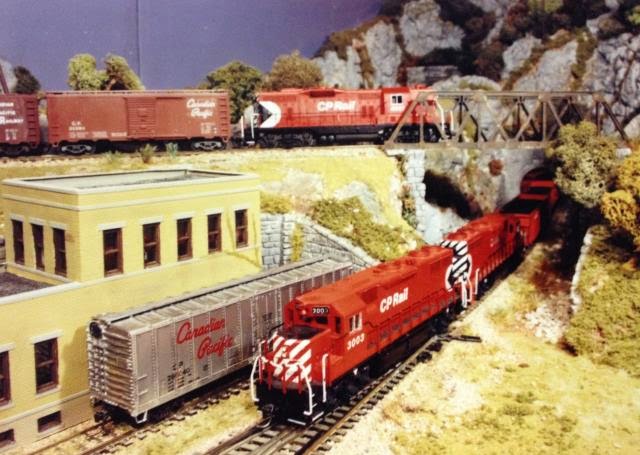 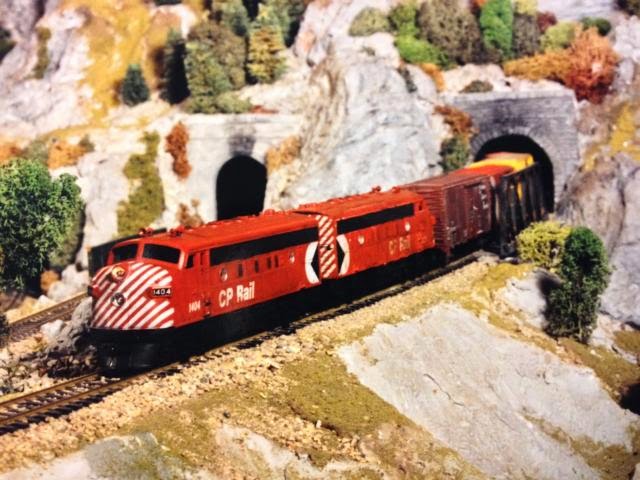 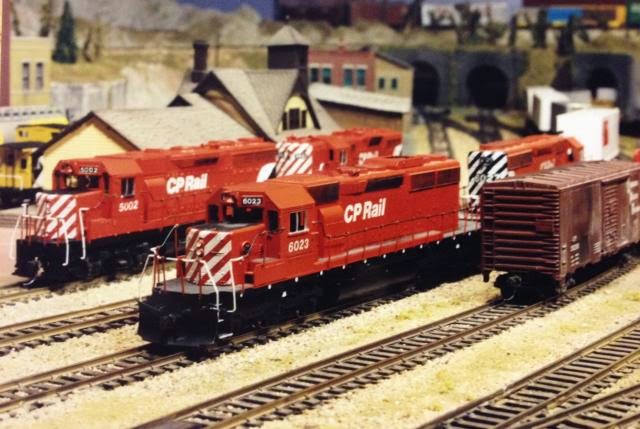 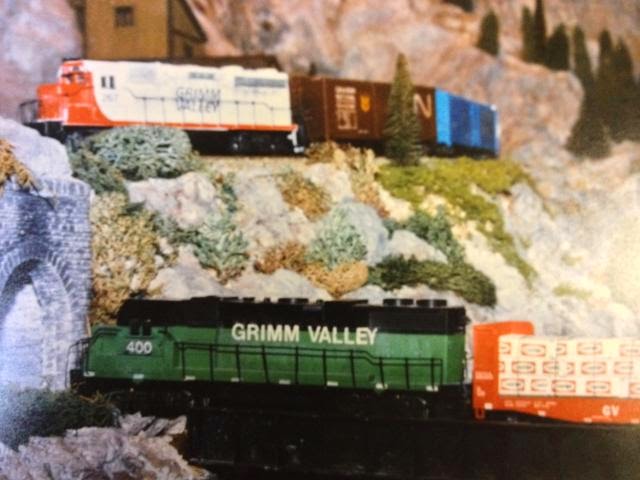 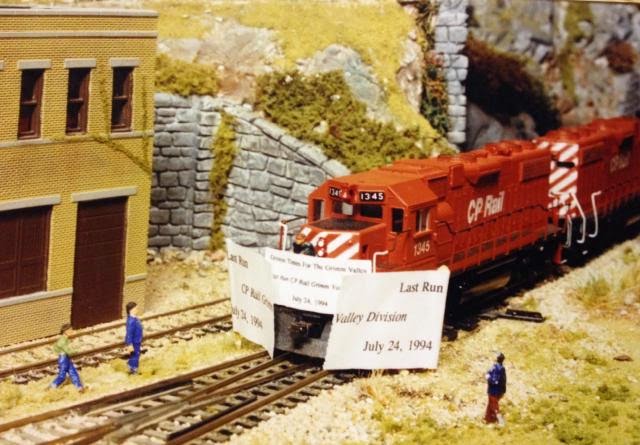