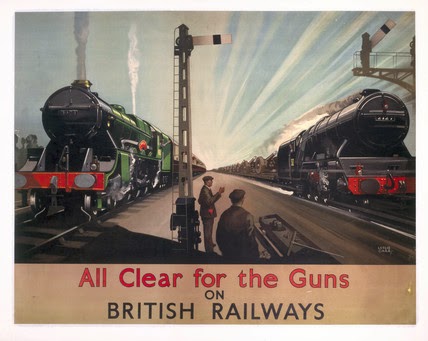 It will soon be Remembrance Day (Nov.11), also known in the as Veteran’s Day.

When we think of Remembrance Day, we usually remember the men and women who fought, were wounded and who died while serving in the armed forces.

We don't normally think of those who also made a valuable contribution to the war effort in World War II—those who worked for railways.

During this year's Week of Remembrance, the CP Rail M & M blog is highlighting the men and women who kept the trains running in during that war. 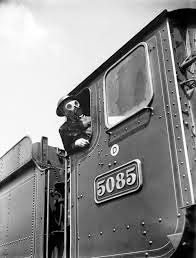 Keeping a railway running is hard enough in normal times; it is extremely difficult when the enemy is bombing rail lines, trains, stations and shops.

As is pointed out in the BBC TV program British Railways in World War Two (see links below), one of the Luftwaffe’s “main objectives was to cripple Britain’s railways, and so paralyze the movement of troops, raw materials and munitions. Suddenly, every railway worker in found themselves on the firing line.”

It was a costly war for the railways, in terms of men and material. During the war, 395 railway staff were killed and 2,444 injured by enemy action. About 450 locomotives were destroyed or damaged, along with many pieces of rolling stock and other infrastructure. 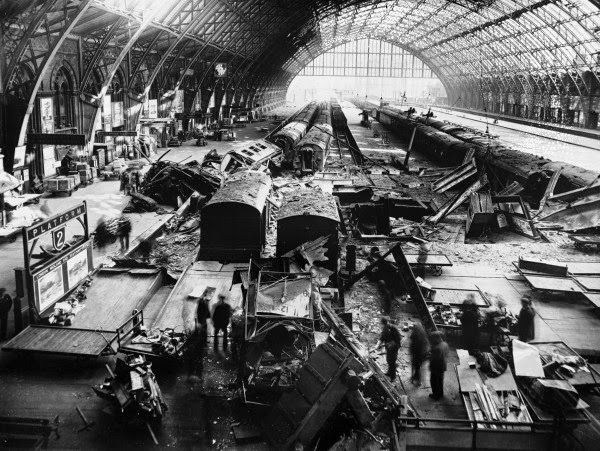 Says author Michael Williams in the book Steaming to Victory: How Britain's  Railways Won The War of the men and women who worked for Britain’s railways: "Their courage and sheer hard work in getting trains  moving again after the bombs had fallen was legendary."

Williams praises all who kept the trains running, noting that "the bravery of people who kept the rains running during the Blitz was all the more impressive since railway operating staff in one respect worked under worse conditions than the armed forces."

Men fighting in battle, he notes, would only be at the front line a number of days before beling relieved. "This was never the case with the railways, whose staff kept passengers, troops and strategic supplies moving day after day, regardless or weather, air raids or anything else that could go wrong." 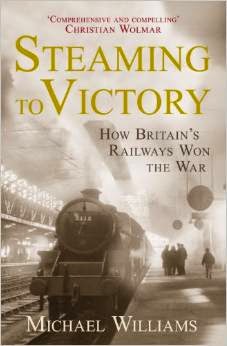 Many railway staff, he says, "worked and died under combat conditions."

As if this were not enough, they could return home after a long, perilous shift to find their house had been bombed and their family killed or injured.

Meantime, the shops had to keep locomotives and rolling stock in running condition, despite being under attack. 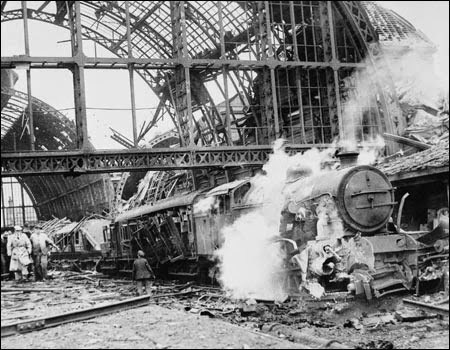 When the war was ending, then Prime Minister Winston Churchill paid tribute to the men and women of the railways:

"Results such as the railways have achieved are only won by blood and sweat. I express gratitude to every railwayman who has participated in this great transport effort contributing so largely to final victory."

Other Week of Remembrance posts in this series