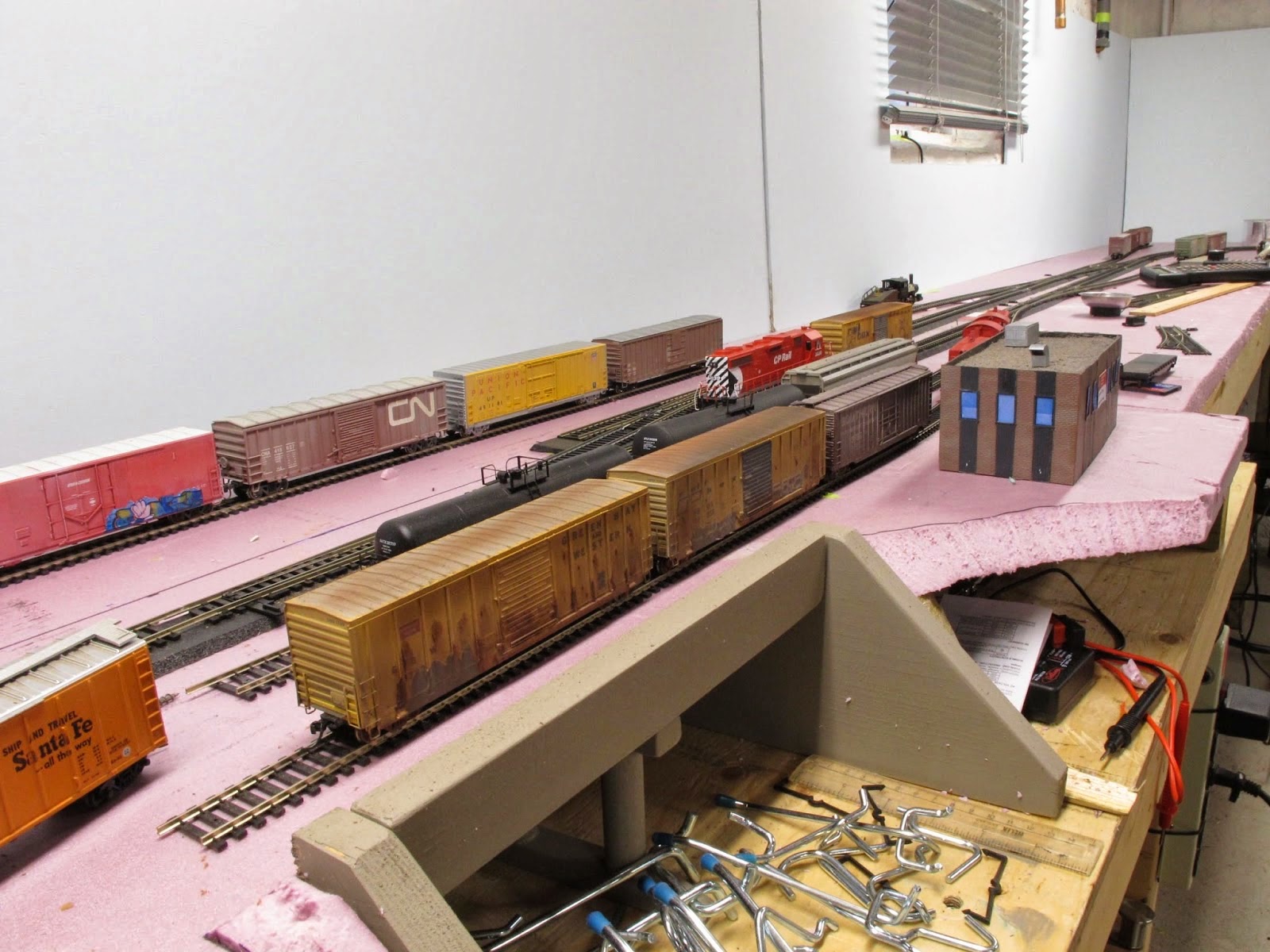 A model railroad doesn’t have to big to be great. It doesn’t even have to be finished, as the West Toronto Junction shows.

This HO scale switching layout, being created by a new online acquaintance, seeks to replicate railway activity by the CPR in the West Toronto area. 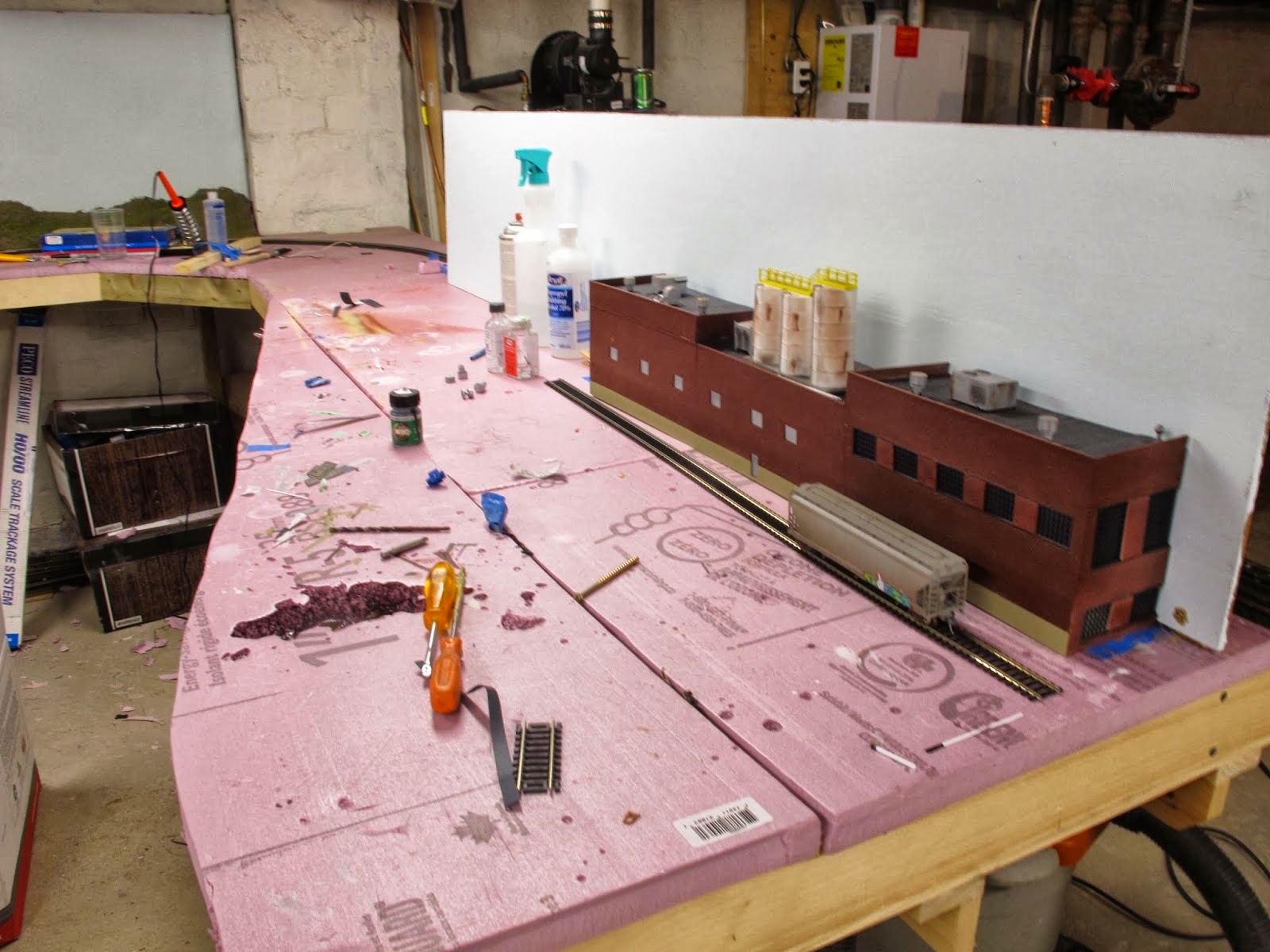 The layout--the first "real" one attempted by the builder (after building the usual 4 x 8 as a youth)--is the result of his desire to return to the hobby.

The decision to build a switching layout was influenced by the amount of space available in his basement—about 12 by 10 feet.

His list of givens & druthers included a small yard with capacity for some light switching; at least one runaround track; and a few spurs.

The next step was deciding what area to model. The builder settled on an area near where he lived. He found three sites to model—Lambton yard, the H industrial spur (with six industries) and a major industry with four spurs. 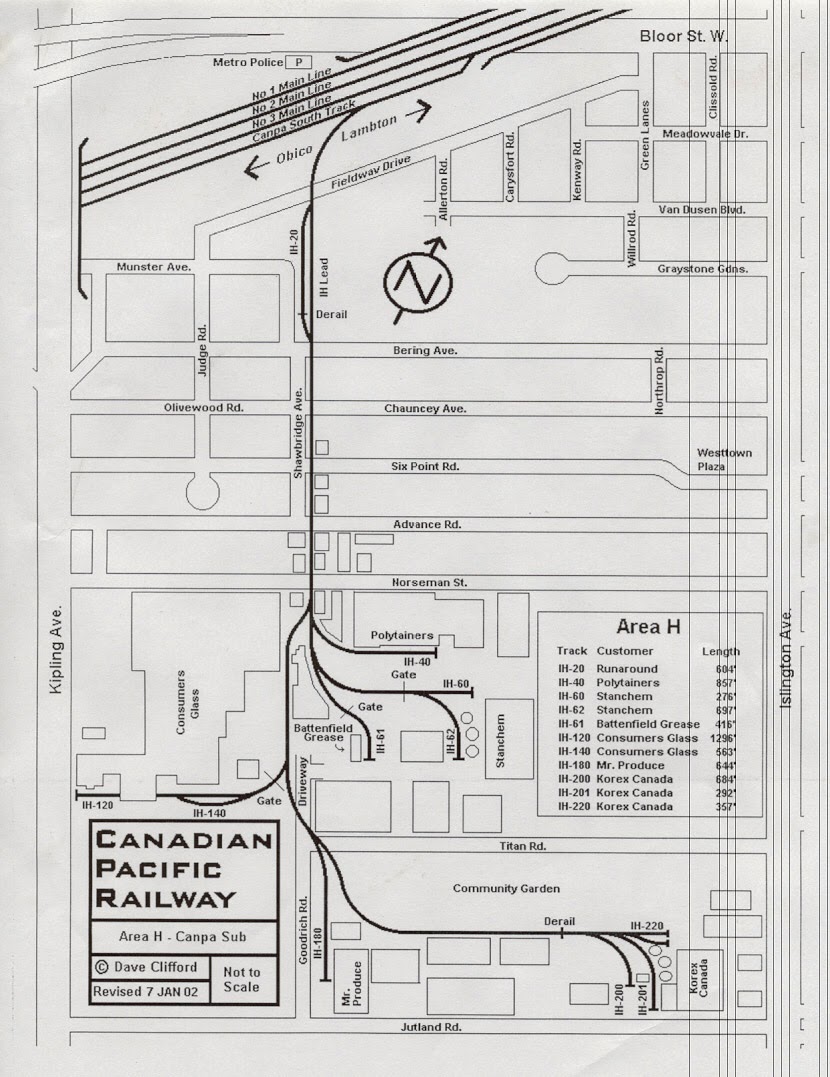 His goal is to create a switching-heavy urban layout that mimics, as close as possible, the freight operations in a small yard with sidings that serve a few light industrial clients. 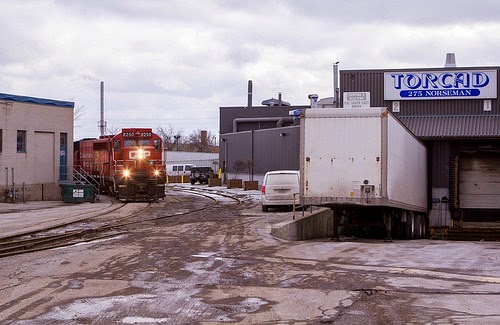 A key influence for this layout is Lance Mindheim, an expert on building small switching layouts (among other things). Mindheim gave the builder of the West Toronto Junction a mental “framework” for his layout.

As I’ve said before, if I ever build another layout it will likely be a switching layout like the West Toronto Junction—something with a few industries and a small yard. 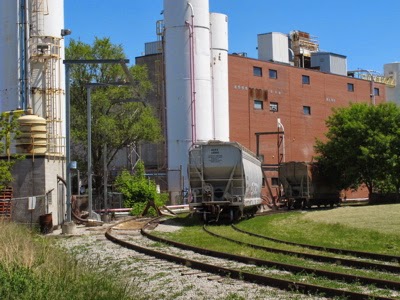 The double-deck CP Rail Manitoba & Minnesota Sub., which fills a 17 by 21 foot room, satisfied my desire to build a large layout. I can’t ever see myself building anything that large again.

The West Toronto Junction is a great Canadian model railroad because of the thoughtfulness the builder has brought to the enterprise. Even though it's nowhere near finished, it's possible to see the potential in the design and construction.

As for the builder, he says this about his effort: "As I make a re-entry into the MR world, I hope to build on the skills I learned years ago while acquiring new ones. 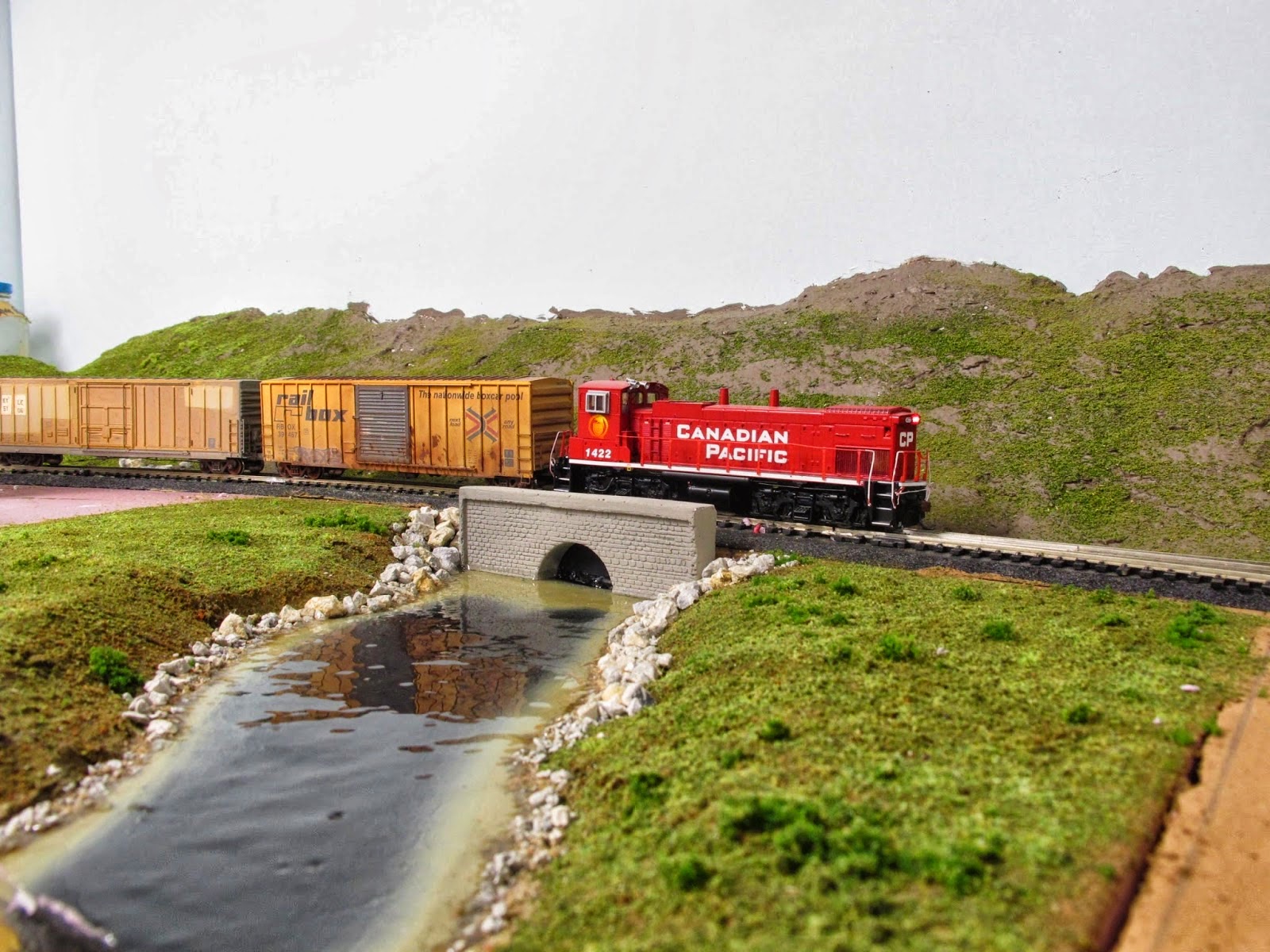 "As I learn, my hope is that you will too. I’m sure to make mistakes, and do things that will make for plenty of  eye-rolling from other model railroaders.

"This layout is a journey and this blog will allow readers to make it with me."

You can follow progress on the West Toronto Junction by visiting its blog.  It’s a great source of information about how to model a prototype location in a small space, along with various tips and ideas. 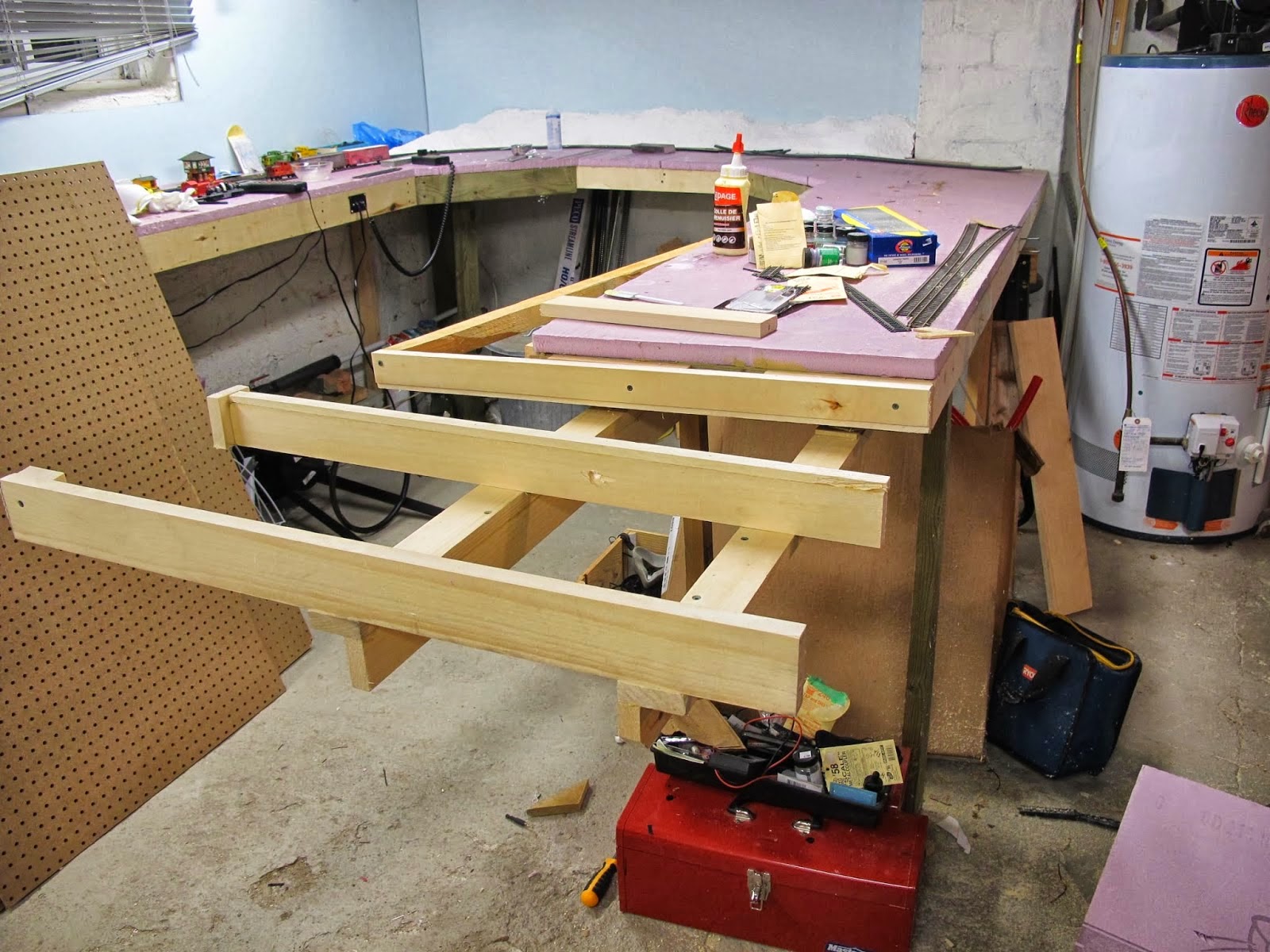