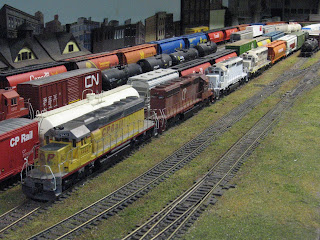 I was down at the yard the other day, and what did I see? A lash-up of very unique CP Rail power. Four SD40-2s, all in the 5400 series, and all in unique liveries (if primer can be considered a livery). 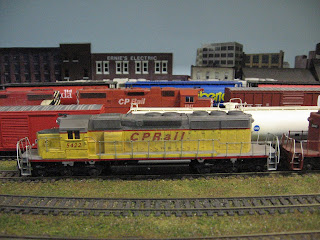 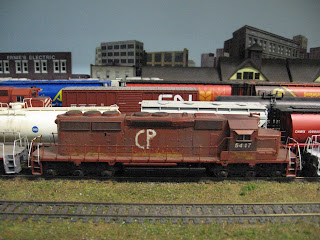 It was followed by 5447, still in primer with a hand-scrawled "CP" on one side. It was built for CNW in 1975 and sold to CP Rail in 1994. (You can still see a bit of CNW yellow peeking through along the walkway.) 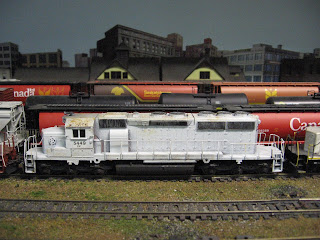 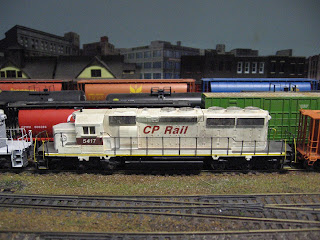 Last was 5417, still in its former KCS white. It was built for that railway in 1976 and sold to CP Rail in 1992.
It is possible that the four units might have run together--or maybe two of them. Possible, but not plausible. (Now someone will find a photo on the web to prove me wrong!)
What really happened was that a friend came over to see my layout, and I wanted to show him some of the locomotives I had created. Since I model the early to mid-1990s, the four unique units help give a sense of time and place for the Manitoba & Minnesota Sub. They were also a lot of fun to make--and to show off.

Click here to see how I made 5447; appropriately, the post is titled "So Ugly I had to Model It."
And just in case you don't believe these were real units, click on the unit numbers to see photos and get other information from Canadian Pacific Railway Diesel Roster.