Riding VIA's The Canadian from Winnipeg to Vancouver


In May I took a trip from Winnipeg to Vancouver on VIA's The Canadian--a family trip to celebrate my parents-in-law's 60th wedding anniversary.

We traveled in Monck Manor, named after the first Governor General of Canada. Built in 1955 for the CPR and acquired by VIA in 1978, it features 3 sets of upper/lower berths, 4 single bedrooms and 6 double bedrooms.

Monck Manor was located third from the end of the 21-car train--conveniently close to the Assinibone Park dome observation car bringing up the end.


Spring came late to the prairies, but the view of the end dome was still spectacular. 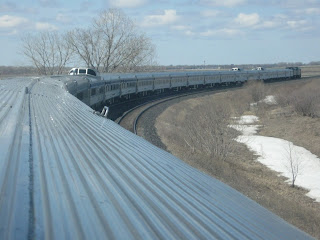 The first station stop is Melville, SK, where passengers can get out to stretch their legs--and view the head-end power. 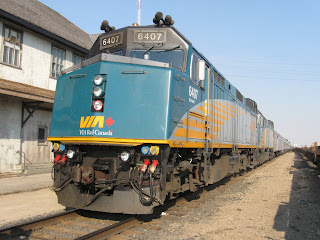 Food on The Canadian is wonderful, like this rack of lamb. Mealtimes were a highlight of the trip! 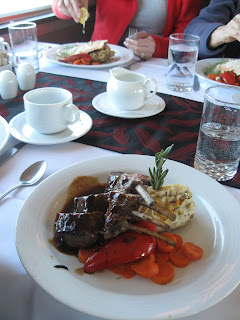 Sunset in Saskatchewan . . . excuse the dirty windows from the dome car. 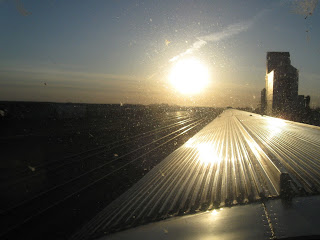 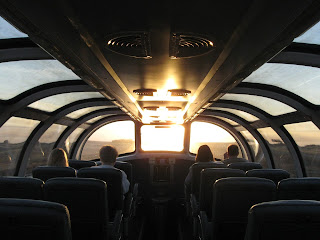 Station stop in Saskatoon . . . a chance to try a bit of night photography with my point-and-shoot. 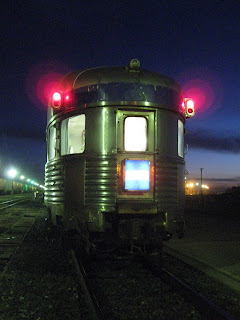 Next morning, in Edmonton, the Panorama car was added for the trip through the Rockies. 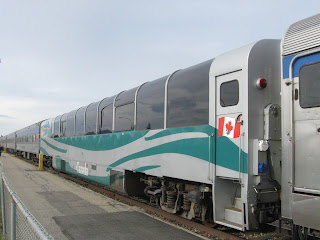 A view from inside the Panorama car. 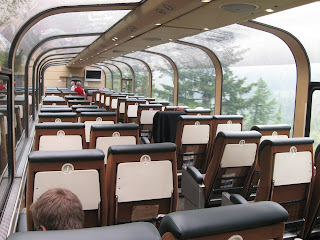 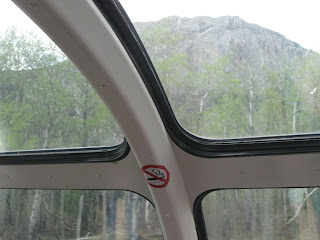 Skirting one of the many lakes and rivers along the way. 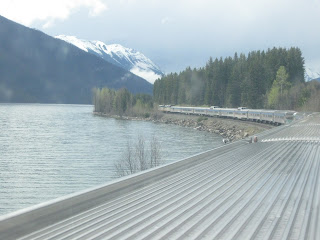 Unfortunately, the train travels through the best mountain scenery at night--what you hope for is a 4-5 hour delay so you can see the Thompson River Canyon in daylight. Disappointingly, our train was right on schedule; even frequent VIA travelers were surprised by this turn of events, and by how many freights got out of our way--instead of vice-versa.

Waking up to this view of the Fraser River, not far from Vancouver. 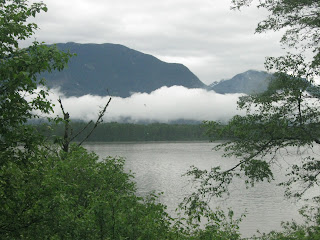 The conductor comes to the rear of the train to guide the movement backwards into Vancouver's Pacific Central Station. 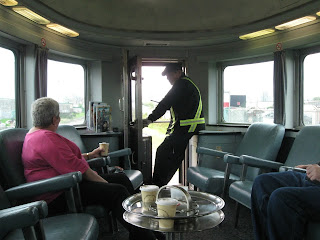 Arrival, and end of the journey. All-in-all, a great trip. Best of all, it was at half-price; VIA has some great deals on its website; you can travel for 50% off regular fare, like we did. 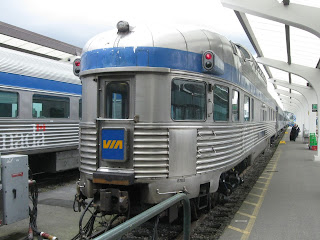