Toronto Model Railroad Club Closes: "With Brave Faces, They Did Their Final Runs." 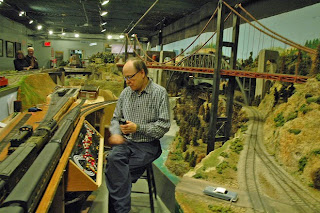 "With brave faces, they did their final runs, then symbolically, they cut the mainline."

That's how a CBC reporter chronicled the end of the Toronto Model Railroad Club in a March 2 episode of Only in Canada.

The segment, which you can view here, shows a club member taking a dremel tool to the track to cut the first gap. It brought to an end to the O scale layout, which has been in operation in the same location since 1946. 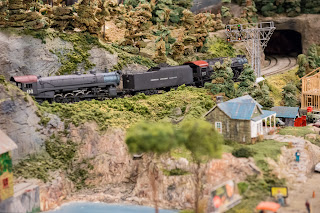 Called the Central Ontario Railway, the Club was forced to move when the old factory it called home was purchased to make way for a new condo development.

Fortunately, they have found a new location, although the downside is that it is only two-thirds the size of their former 40 by 120 foot home.On the upside, they will be able to upgrade the wiring and make it more accessible--the members aren't getting any younger! 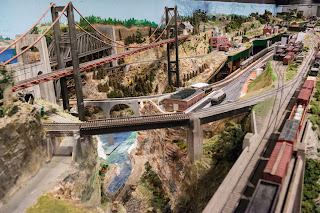 Rebuilding the layout will take at least two years.

Photos from CBC (top) and Torontist, where you can find more photos and a video cab ride along the line.

CBC Toronto also did a piece about the club's move, with text and video. Click here to read and view it.

More photos and information can also be found in my October 31, 2012 post. The layout is also featured in the April, 2013 Railroad Model Craftsman. 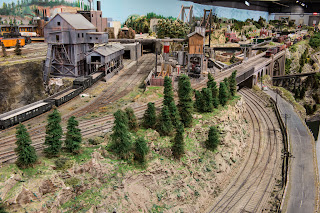