The train was made up of units and cars destined for museums, for repair or for scrapping, including CPR P3k 2-8-2 #5468 (on its way to the Revelstoke, B.C. Railway Museum).
In a second post, Eric provided additional photos of #5468, which was waylaid for nine months in White River, Ont. due to an overheating axle before continuing its way west.


Reading Eric's posts made me realize that I could run my own hospital train on the M & M Sub. Since I don't tend to acquire a lot of stuff I don't need or can't use, it was a bit of a challenge making up the train. But, like most model railroaders, there's always something hanging around!

Like the private owner's train which makes periodic visits to the M & M Sub. so railfans can rack up rare miles, the hospital train makes for an interesting and unique addition to the mix of trains on the layout--and gives me a reason to check out the used bins in hobby shops for more items to add to the train.

To see a real hospital train in action, check out this video of the February 10, 2011 move of antiquated equpment from the Brooklyn Roundhouse to new storage space in Portland, OR.

The hospital train included an SDP40F, F40PHR, several passenger cars and an FA-1 and more. 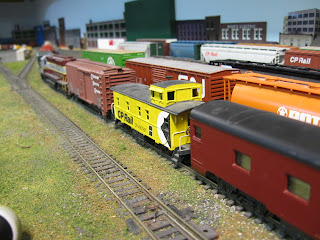 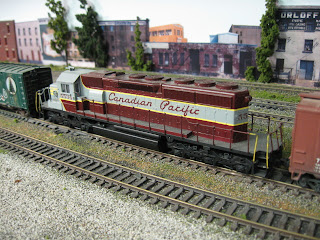 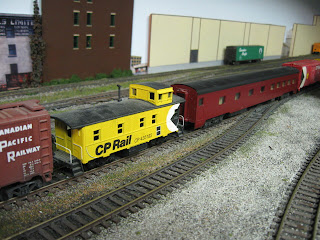 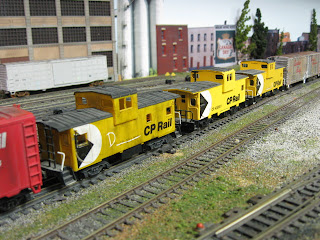