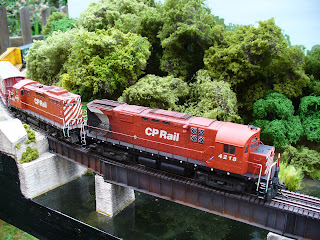 There are a lot of great model railways in Great Britain, including some that feature Canadian railways—ones like Chris Round’s Stoney Hill Yard

Although Chris is British, and models British railways in N scale, he developed a fascination for Canadian railways after seeing North American HO scale models.

“It was an eye opener,” he says. “These locomotives were cheap and reliable and much better at slow speed control than almost all British OO gauge.”

In 1994 he visited some friends in Toronto. Like any other model railroader, he spent time watching trains—at a CP Rail yard, in this case. He decided that was the railway he wanted to model. Says Chris: “I’ve been hooked ever since!”

Like most modelers in the UK, Chris doesn’t have space to build a home large layout. He decided to build a small layout that emphasized switching, with a small yard and industries that were large enough to justify a reasonable amount of traffic. 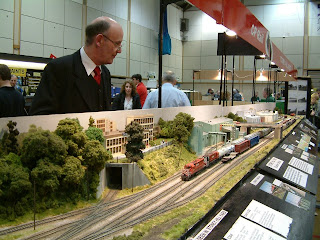 The result is Stoney Hill Yard, which started out small but has grown to an 8 x 29-foot layout set in southern Ontario in the 1990s.

The layout focuses on CP Rail but includes transfers from CN and NS. Chris operates it using a schedule with switch lists; sessions feature through trains run at regular intervals, with up to four trains stopping to serve local industries. The overall goal is to recreate something of the atmosphere local switching on a Canadian railroad.

Among the scenic features are the industrial buildings, such as Stoney Hill Manufacturing, Lakeside Maple Syrup (how Canadian is that?) and Lakeside Paper. He has also done a lot of detailing of locomotives and rolling stock.

Since there’s no room for Chris to set up the layout at his home, he only operates it 2-3 times a year at shows. The layout can also be exhibited using a smaller footprint; when Chris does that, it is called Stoney Hill West. 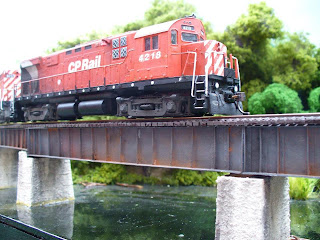 Chris isn’t the only modeler in the UK interested in Canadian railways. “It’s not a mainstream interest, but there is a sizeable body of North American-based models and, amongst those, Canadian Pacific is quite popular," he says.

To what does he attribute that interest? "A lot of British people have visited Canada and been on the transcontinental trains, so there is always some general public interest in Canadian models," he says.

Of the layout, Chris says “I am pleased with Stoney Hill Yard. It has turned out to be a rather bigger proposition than originally intended, but I think it has captured some of the atmosphere of railroading in southern Ontario.”


Stoney Hill Yard was featured in Canadian Railway Modeller Train 12, Track 5. More information about it can be found on the Wye Forest Model Railroad Club website.

A video of the layout can be found by clicking here. 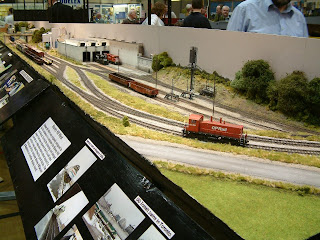