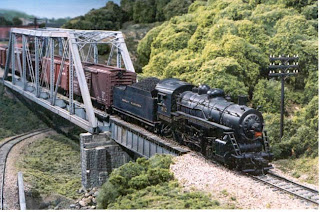 Roger Traviss’ Great Eastern Railway (GER) was another Great Canadian Model Railroad—was, because it was dismantled in 2010. 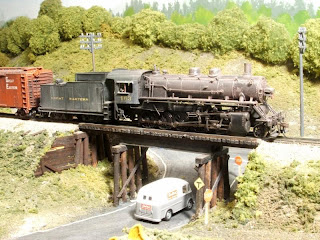 The 12 by 16 foot layout, set in southern Quebec and northern Maine in 1958, was featured in Canadian Railway Modeller, Train 13, Track 1. 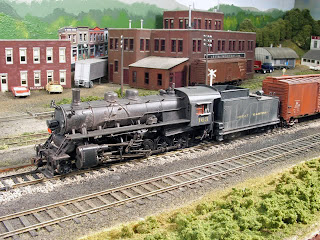 In Roger’s world, the GER was owned by the CPR and CNR, running from south of Montreal to New Brunswick, with lines running to other Quebec cities. The modeled line ran south from Montreal to interchanges with the New York Central in upstate New York. 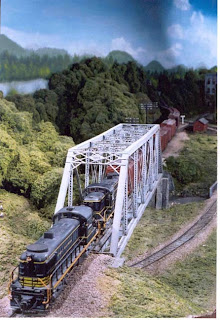 Rail was code 70, most of the buildings were kitbashed or scratchbuilt and trees were made using the “puff ball” method. 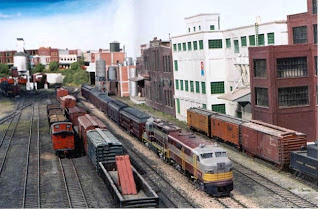 There were over 40 steam and diesel locomotives on the roster; since Roger wanted to convey the idea that the GER had an actual locomotive fleet, he purchased two of any unit, with the exception of yard engines. 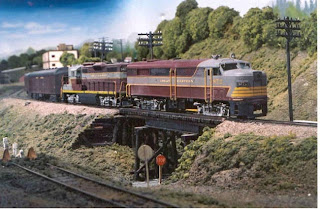 Everything was weathered, and most of the diesels received some aftermarket details. Roger used regular spray paint to paint locomotives and rolling stock (both automotive and hobby brands). For weathering, he used whatever was available—diluted paint washes, eye shadow, dry brushing, make up, etc. 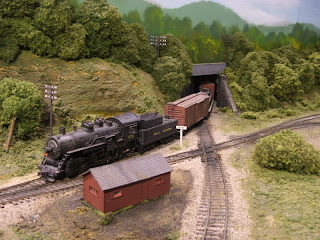 Due to cramped aisles, Roger operated the layout alone, using a sequence schedule. About 16 trains were operated during a session. 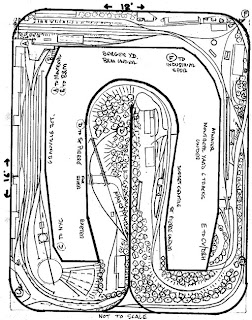 Roger is planning a new layout. The new GER will be based on the Allburgh Yard of the Rutland and will be housed in a new 10 x 32 foot room. 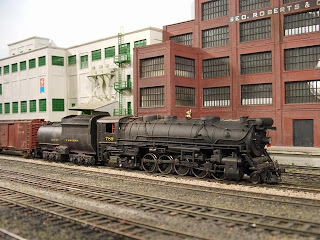 In an e-mail, Roger said that it took him about 15 years to reach the stage seen in the photos. Taking it down really wasn't a sad moment, he said, since he had felt for some time that it had reached its final development.
More photos of Roger's layout below, at http://islandnet.com/~rogertra and on Photobucket. 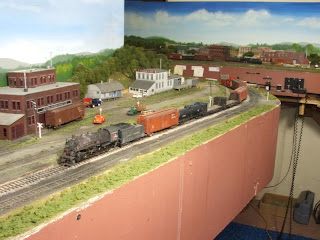 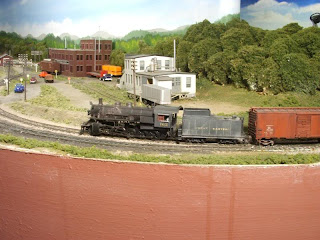 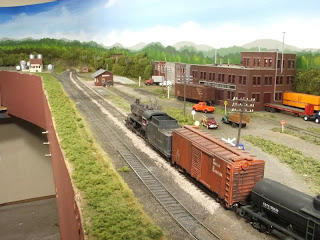 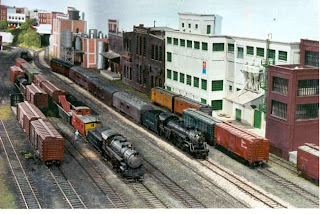