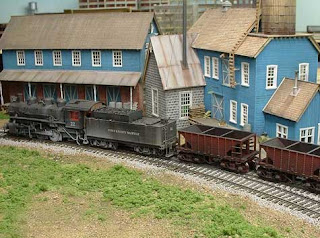 The moment I first saw Tim Warris’ Port Kelsey Railway, I knew it was a great Canadian Model railroad.

At the time, the layout wasn’t finished. (How many ever are?) But the level of detail, and the thoughtfulness that went into its creation, was evident even at that stage. 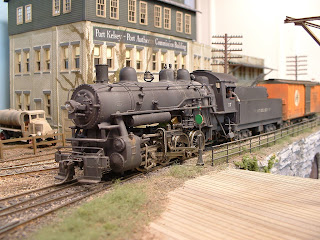 Tim—owner of Fast Tracks, the acclaimed maker of great templates for handlaid switches and other trackwork—kept a blog about the layout from 2003 until the layout was dismantled in 2006. We were able to feature it in Train 7, Track 1 of Canadian Railway Modeller. (It was also in Model Railroader.) 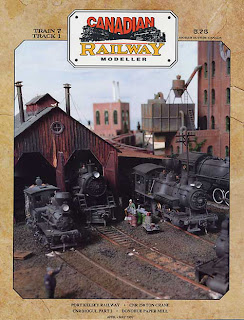 The layout was double deck and point-to-point. It was named for Tim’s late grandfather, W.C. Kelsey. It was set in 1936, in a “typical” North American location.

The layout began as a module in an apartment in 1992. When Tim moved into his own house, it was incorporated into the larger home layout. 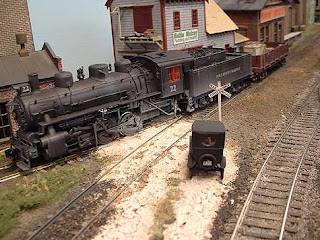 Complex trackwork was always a fascination for Tim, so it’s no surprise he incorporated plenty of it into the Port Kelsey Railway. In fact, it was while building scratchbuilt turnouts on the layout that the idea for Fast Tracks was born. 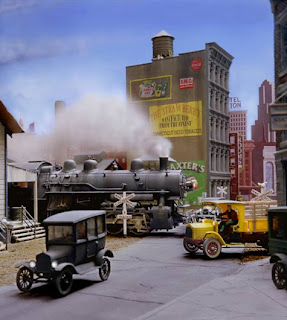 Today Tim is working on the Bronx Terminal, a unique portable layout that is an excellent platform for displaying the Fast Tracks concept. 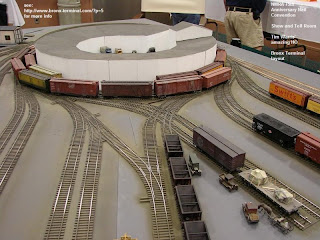 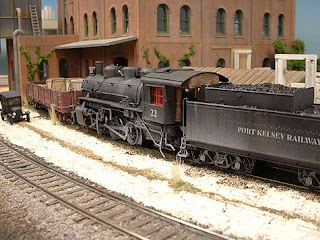 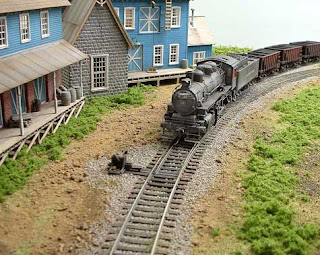 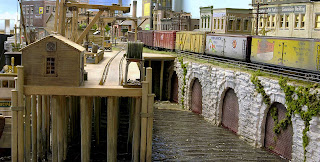 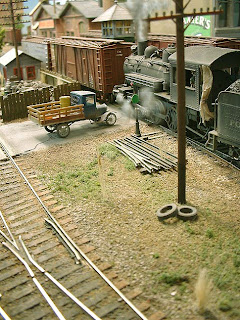 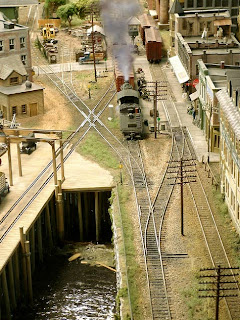