The World Isn't Flat, and Neither Should be Model Railroads 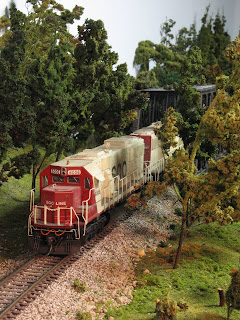 Undulating terrain is found in the real world,
so why not on our model railroads, too?

How do keep our model railroads from having that billiard table look? That was the question raised recently on the Canadian Model Trains forum on Yahoo!

The earth, as we know, isn’t flat. Even the prairies, where I live, isn’t flat like a table top. The ground rolls, rises and falls. But this is hard to replicate on a model railroad, especially if our tracks are laid on plywood, homosote or some other flat surface. 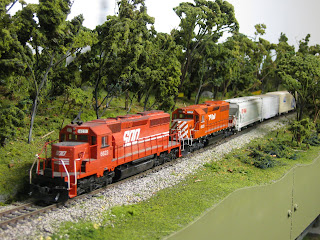 The "ground" on the CP Rail M & M Sub. rises and
falls, just like on the prototype.

Sure, hills and mountains that rise above the tracks are easy to make. More challenging is making things like ditches, hollows or undulating terrain below track level—the kind of thing we normally see when we look over a piece of ground.

My solution was to use a layer of two inch Styrofoam on top of the plywood subroadbed. After laying the roadbed and tracks, I used a Stanley surform to carve the Styrofoam, making the terrain rise and fall just like in the real world. 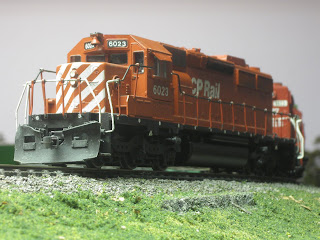 Carving the edges of the Styrofoam makes it easier
to take realistic pictures.

I also carved the edges of the Styrofoam, so it fell away from the tracks. This is a great aid in photography—you can shoot photos from below the tracks, or straight on, just like in real life. If the edge of the table was ruler-straight, you could only take photos from slightly above, so as to not spoil the illusion. 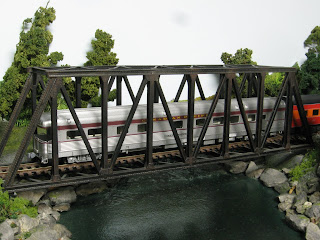 A gap between two sheets of Styrofoam results in a river.

For the Rushing River, a scenic highlight on the layout, I simply created a gap between two sheets of Styrofoam. A piece of Masonite (or hardboard, as it is also called) was used to make the river.

As a bonus, Styrofoam makes it easy to plant trees—simply poke a nail into the Styrofoam to make a hole, then plunk in the tree. The Styrofoam naturally closes around the tree trunk, holding it in place. 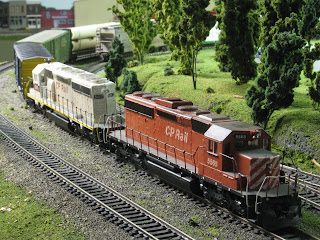 Styrofoam can also be used above track grade to
create uneven terrain.

In 1492, Columbus proved the world isn’t flat. Today, we should be able to do the same thing on our model railroads.