Is Model Railroading A Mental Disorder? 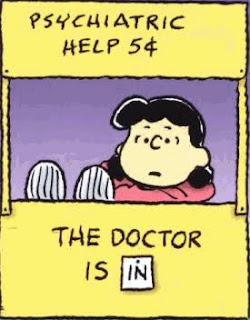 Is model railroading a mental disorder? That was the topic of a part serious, part tongue-in-cheek clinic at the recent NMRA 75th anniversary convention in Milwaukee.

Presented by Dr. Ron Mihordin, a model railroader and a psychiatrist, the clinic was described as “a classification of the psychological sub-types seen among model railroaders.”

It was also intended to “clarify and confirm what model railroaders and those who live with us have known, or suspected, by may not have put into words.”

I wasn’t there, but “Jim from Valencia, California” posted a précis of the eight categories on the Atlas HO forum.

The “Toy Railroader.” Can say: “I play with trains” without embarrassment. Can lash up a UP Big Boy with a CSX SD70Ace diesel to pull a train of Amtrak Superliner coaches with a PRR caboose and still sleep at night.

The Rivet Counter. Would rather eat a bug than own a boxcar with a non-prototypical road number Never leaves home without his pocket size magnifier or scale ruler.

The Kitbasher. His motto: “Modify or Die.” Has yet to find a model railroad manufacturer who accurately copies the prototype. Is often hard to distinguish from a Rivet Counter.

The Set Designer. The white stuff on his nose is hydrocal—not cocaine. Structure siding is done the prototypical way—one board at a time. Tracks and trains are OK as long as they don’t detract from the scenery.

The Operator. Considers development of the fast clock a technological breakthrough on par with penicillin. Prepares an annual report of the passenger train on time arrivals and departures and number of ton-miles of freight hauled on his layout in the previous year.

The collector. Seldom purchases only one item if a "complete set" or "complete series" is available. Shares the Ikea ideology that you don't have too much stuff—you have too little storage. Visits local hobbyshops semi-weekly. Has current orders, back orders and future orders with at least three on line hobby shops.

The Socializer. Is a member of the NMRA, TCA, a modular layout club and nine historical societies. His favorite activity is talking about model railroading. His favorite railroad sound: His own voice.

According to Jim, "this was very tongue in cheek. The parts I presented are taken out of context. The whole audience was roaring with laughter throughout the clinic."
Posted by JDL56 at 4:03 PM