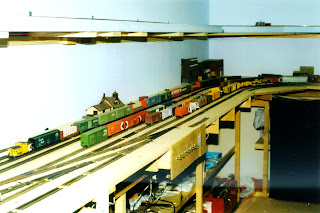 Under construction: The CP Rail M & M Sub. getting
started.

If the first lesson learned is that anyone can build a model railroad, the second lesson is that it still takes work.

Compared to model railroaders of a previous generation, we have it pretty good today, what with ready-to-run locomotives and rolling stock and pre-built structures. But to make a layout you still have to actually cut the wood, screw it together, lay the track and make scenery.

Work, in other words.

I wonder if that's why so many model railroaders never actually build a layout. Sure, they want one, and many say they plan to build one—some day. But that "some day" never seems to come. 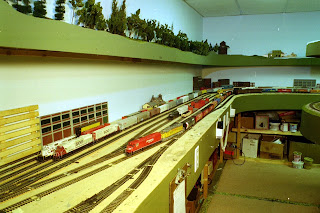 I remember long days and nights cutting lumber, making L-girders, screwing benchwork together, cutting roadbed—all before laying a single piece of track and running a train. Was it fun? Not really. Was it worth it? Absolutely: The CP Rail Manitoba & Minnesota Subdivision would not be possible without it.

Yes, model railroading is a hobby, not a job. It's supposed to be fun, and it is. But like anything else worth doing, it takes time and effort to get good results.

Hard work, in other words. 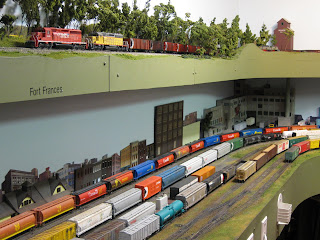