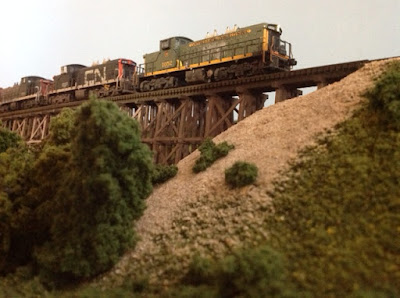 Some people like mainline running. Others like industrial switching. For Mike Lisowski, it’s prairie branchlines that captured his interest.

In particular, Mike is modelling CN operations in summer, 1980 in the Manitoba town of Neepawa, located about two hours northwest of Winnipeg. 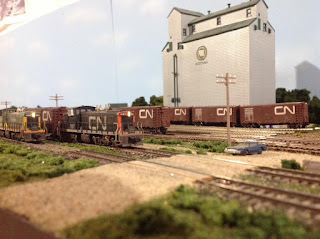 Mike’s N scale layout, which he started in 2016, is a loop-type diorama-style model railroad that measures 2 feet wide by 17 feet long.

The layout is centred on the rural agricultural town of Neepawa, with its yard, grain elevators and trestle south of town. 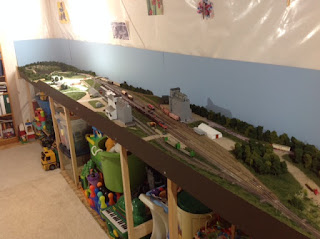 The layout doesn’t have staging, but a train can disappear into a hidden trench behind the scenery, reappearing as coming from the opposite direction.

Mike uses DCC to operate the layout. For now, he says, he just runs trains, but is in the process of making up several hundred cards to cover simulated typewritten orders governing trains and switch lists. 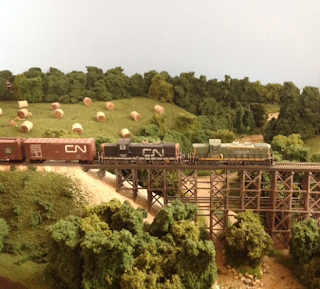 Scenery is made from extruded polystyrene foam, topped by ground foam, real sand and gravel and actual concrete for roads.

Trees are a mix of commercial kits for foreground trees and Woodland Scenics clump foliage for background trees. 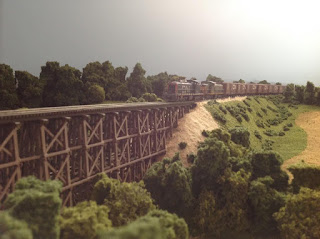 Ninety percent of the buildings are scratchbuilt, including both elevators and their annexes/sheds, the big coal dealer’s shed, Sherritt Fertilizers, and the biggest feature on the layout, the scratchbuilt trestle. 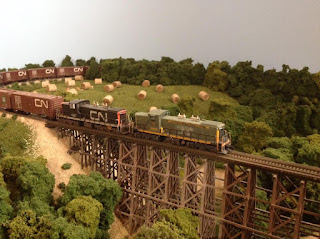 The trestle, which lasted until 1981 on the prototype, contains 528 individually cut pieces of strip styrene. It is finished with a five-step painting process to look like wood (a mix of treated and untreated timbers).

Right now, the layout is supported by a standard wood frame. Mike’s plan is for it to eventually be supported by built-in cabinetry. 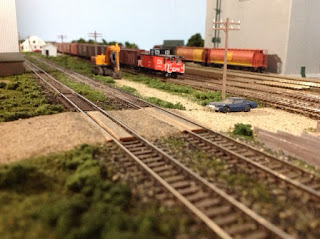 Locomotives and power are appropriate for the time and place Mike is modelling. As a result, there are few Canadian government cylindrical grain hoppers since they could not run beyond Neepawa in 1980 (due to light rail restrictions). 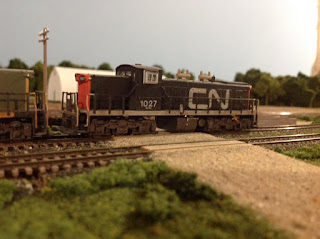 On the layout, Mike uses GMD-1 locomotives from Rapido. The rolling stock is mostly Intermountain 40-foot grain boxcars, and a few covered hoppers, along with Microtrains and Roundhouse  boxcars and Microtrains bulkhead flats. 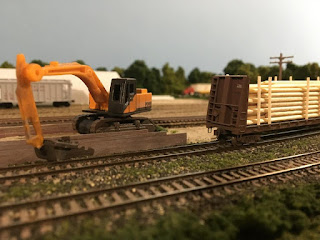 The Pointe St. Charlies cabooses are from Prairie Shadows. 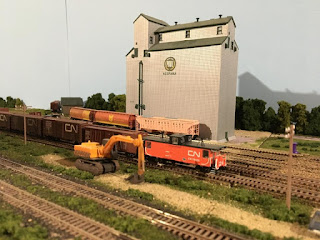 Mike did two years of research and planning before beginning construction. This included amassing aerial photos taken during the modelled timeline, research of photos of the rail yard and talking with retired train crews. 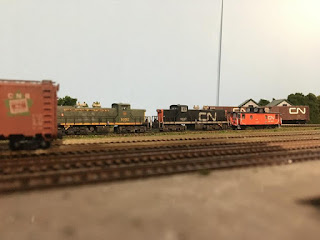 This is not the first N scale layout Mike has built. He used to have a large 21 by 26 foot layout that started out as the Union Pacific between Cheyenne and Laramie WY before he converted it to the Saskatchewan prairies (the CN Central Butte Sub. west of Moose Jaw).

This included scratchbuilding a GMD-1 in N scale, 20 years before Rapido made one commercially. It required parts from five units, so Mike is happy Rapido came along! 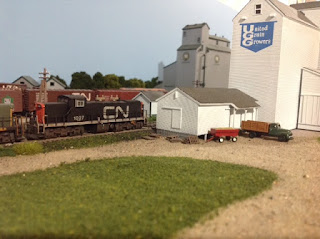 When he moved, the layout—which was almost complete—was dismantled and most of the equipment sold off.

Although that layout was gone, the seeds were sown for modelling the prairies, and the present Great Canadian Model Railroad is the result. 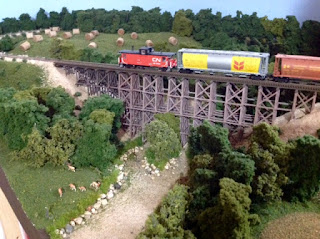 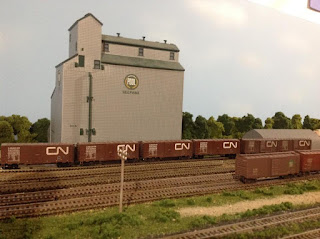 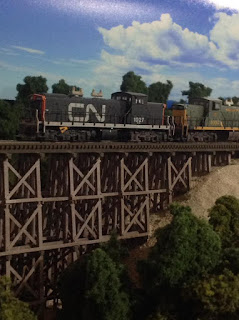