According to a report in the December 29 Western Producer, National Steel Car has been selected to provide the new grain hoppers that will replace Canada’s aging cylindrical hopper fleet.

The new cars are able to carry 20 percent more grain, or ten tonnes, than the older cars.

Also, because they are shorter, there can be more cars on each train. 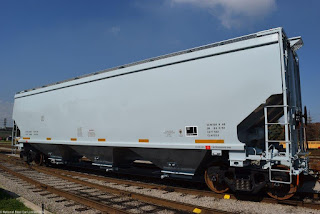 Today there are 22,400 of the older cylindrical grain hoppers in service. Of that total, 8,400 are owned by the Canadian government and 3,100 by the governments of Saskatchewan and Alberta. The rest are former Canadian Wheat Board cars.

All the cars will reach the end of their service lives between 2022 and 2027.

Read more about the new cars at the NSC website.