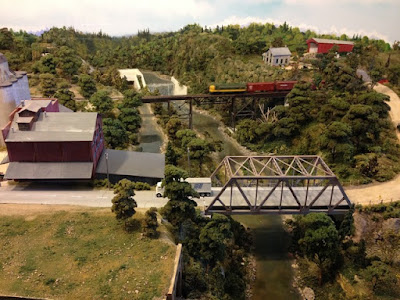 Now that the magnificent Aberfoyle Junction layout is in St. Jacobs, Ontario, people who like model railroads are putting that quaint southwestern Ontario town on their list of places to visit.

A trip to see that O scale layout—now known as the St. Jacobs & Aberfoyle Junction—should be on anyone’s bucket list. What many may not know is that there is another great Canadian model railroad right across the street. 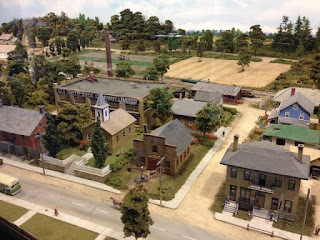 The Old Mill is home to a variety of speciality shops, and to the St. Jacob’s Junction, a 10 by 30 foot HO scale layout that pictures life in the area in the 1950s.

The layout is the brainchild of my friend Milo Shantz, who died in 2009.

Milo, a long-time railfan, was inspired to create the layout in 2005 after he was given an O scale and railroad memorabilia collection belonging to his friend Jan Gleysteen. 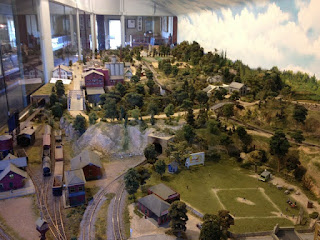 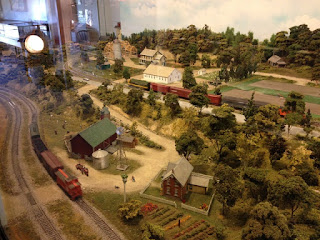 I was able to visit the layout this summer; you can see the result of Milo’s vision in these photos.

What sets the layout apart from others is the fantastic scratchbuilt buildings and other structures, along with the realistic-looking scenes—including a compressed, but accurate, version of St. Jacobs itself (including the Mill that houses the layout) and other locally-known buildings. 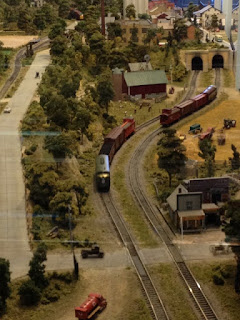 Among the scenes visitors will find include old-style farming, a barn raising, a local Mennonite meeting house, gas stations, a coal dealer, and most of downtown St, Jacobs in the steam era. There is also a diorama of nearby Baden, built by Greg Shinnie. 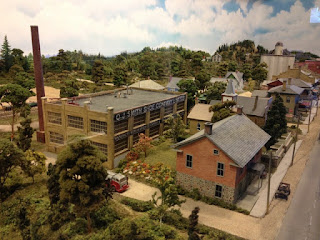 On the other side of the room features Jan’s collection of O scale items and memorabilia. This includes rolling stock in his fictitious Peace River RR, the inspiration behind the Peace River shortline and the Peace River paper mill on my own CP Rail Manitoba & Minnestoa Sub. 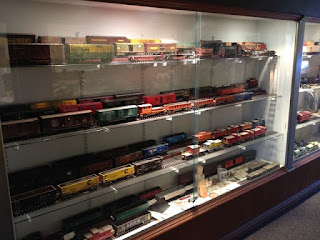 The layout itself features three loops; only one half of each loop can be seen on the layout. (The other half is behind the layout, out of sight.)

Trains are activated by a push button on the fascia, and run for about three minutes or so. Also notable is that the layout is built at child-height, the better to be viewed by kids. 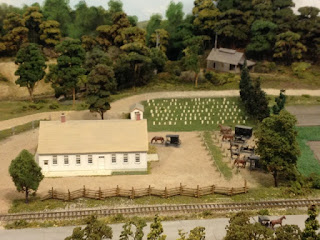 Since it is behind glass, photo taking is a bit tricky. But even with a bit of glare, I’m sure you’ll agree that the photos reveal that the St. Jacobs Junction is a great Canadian model railway.

The layout is open during the Mill's regular operating hours. Admission is free. 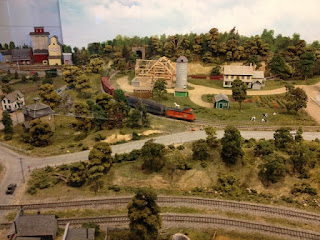 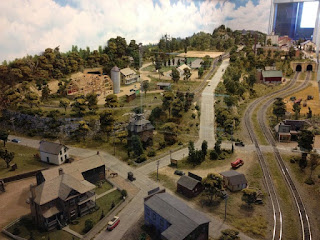 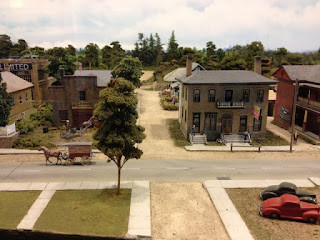 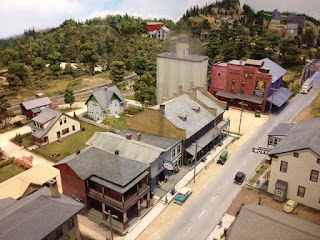 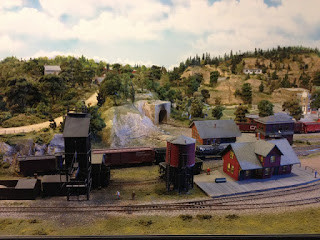 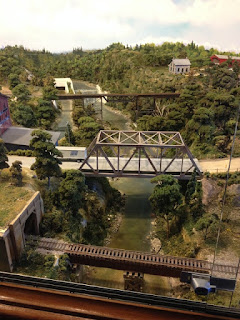