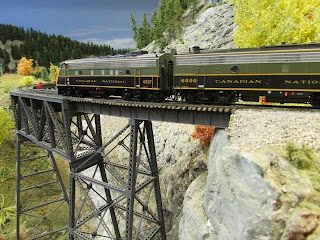 Canada lost three great Canadian model railroad club layouts in the past couple of years: The Aberfoyle Junction near Aberfoyle, Ont., the Canada Central in Montreal and the Toronto Model Railroad Club. 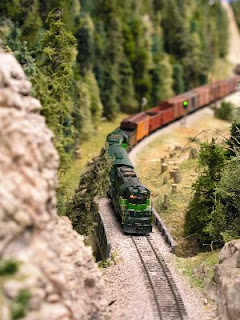 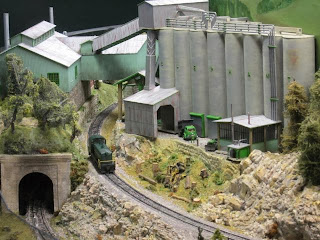 The Edmonton Model Railroad Association was formed in 1946. The club built layouts in several locations before constructing a permanent home at the city's Fort Edmonton Park 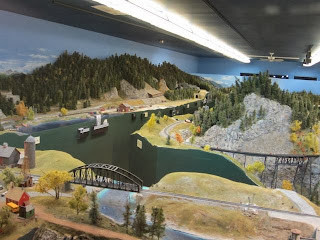 The layout, which is still under construction, is based on an actual railroad that was surveyed and chartered in central British Columbia in 1896, but never built. As proposed, it was to link Vernon and Castlegar by way of the Monashee Mountains. 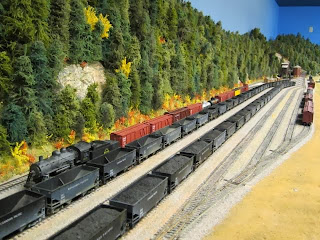 The Monashee Pacific represents what the club feels the railroad would have looked like in 1959, had it actually been built. Choosing this era gives them a chance to run a mix of steam and diesel power.


The layout is a two-level mushroom design, which allows almost twice as much mainline running as would be possible on a single level.


The mainline itself is 785 feet long; it winds its way through 10 separate aisles, representing rolling hills, river valleys, and steep mountain terrain before arriving at Castlegar. 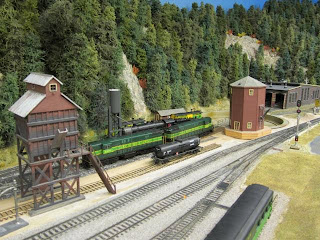 Most of the track is code 83 flexible track, with some hand laid track in special locations. The control system is Digitrax digital command control, with handheld radio controllers allowing an engineer to stay close to the train. 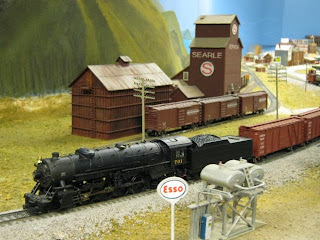 The Monashee Pacific was featured in Train 7, Track 5 of Canadian Railway Modeller. 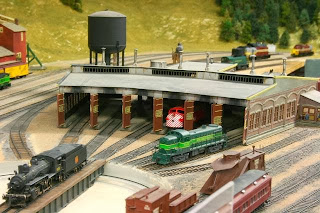 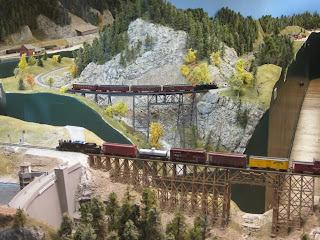 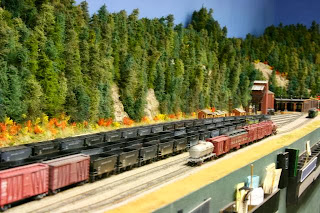 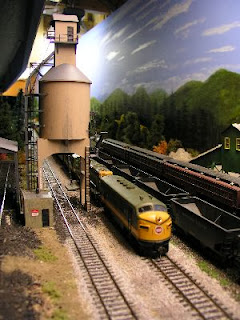