Get by with a little help from my friends 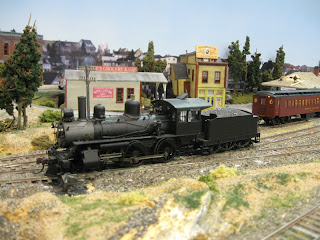 The CP Rail Manitoba & Minnesota Sub. is a one-person creation. Except for a little help holding some lumber during the early days of construction, everything on the layout has been built by myself.

Not everyone wants to do it that way, or can. Which is why it's nice to get a little help from friends. Like the guys who built the Port aux Blaireaux module, seen on display at the 2011 Calgary Supertrain show. 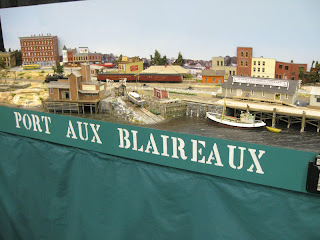 While admiring the great modelling, one of the creators explained to me that he belonged to a small group of four or five modellers who helped build each other's layouts. The way it works is that they work together on one module, display it a couple times, and then the owner gets to take it home and incorporate it into his home layout.

Not a bad system, if you ask me! 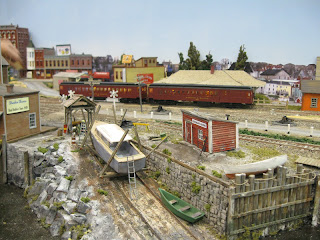