Video of the Aberfoyle Junction 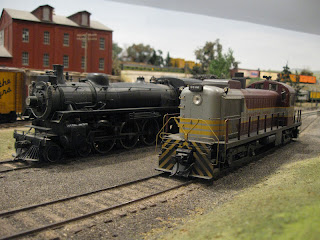 In addition to taking photos of the Aberfoyle Junction during its last weekend open house, I shot some video--an overview of some of the action on the magnificent O scale layout. You can find here on my YouTube channel.

And what action it was! Unlike on most display layouts, where the trains go round-and-round, the Aberfoyle Junction was a working layout--trains not only traversed the lines in a structured way, but they also stopped and did switching in the various yards. Locomotives were also cut off, turned and serviced before heading back out to the road again.

Some of the switching took place in the name-sake Aberfoyle Junction, where cars were transferred between the CNR and the CPR in a small yard. The CNR worked one end of the yard, off its main, while the CPR worked the other end.

What made the switching all the more remarkable is that it was controlled from an elevated booth in the middle of the layout, and from one on the second floor of the quonset hut at the end of the layout. Operators needed sharp eyes to spot the hidden uncoupling magnets in the tracks! 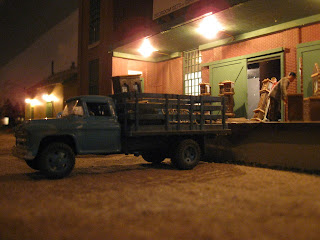 But all that has gone quiet now; the layout is to be dismantled and reassembled in the nearby tourist town of St. Jacobs. Club members say it will take up to 18 months to put the layout back together.

In the meantime, you can "see" the layout again and again through this video or, better yet, buy one that the club had professionally made. Not only will it give you great enjoyment, it will give the club some much-need cash as they make the move to a new location. 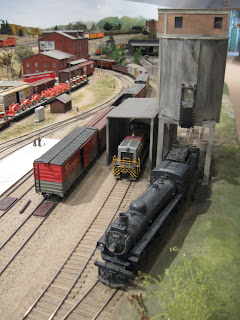