I was out early one Sunday morning in April. Had to drop my wife and daughter off at church early, and had an hour to kill before the service. So I headed--where else?--to the tracks for a bit of railfanning. 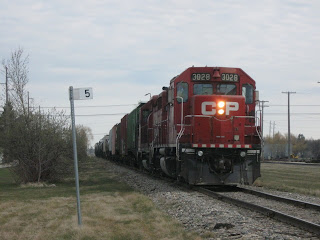 The first train I caught was a southbound CPR freight on the La Riviere Sub., stopped near the crossing with CN Rivers Sub. 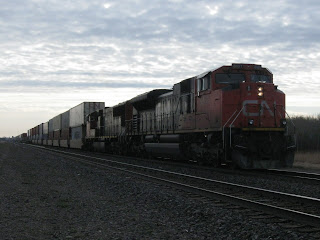 I then drove east on the Rivers Sub., and caught this westbound intermodal. It was a cloudy day, and the sun was just coming up, so the lighting isn't the greatest. 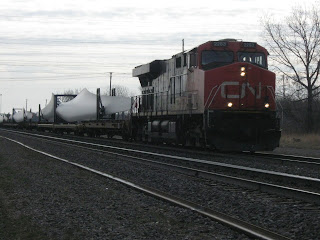 A few minutes after the intermodal passed, another headlight could be seen down the track. This time it was an interesting catch--a westbound train carrying wind turbines. I think it is headed to a wind farm in Saskatchewan, but I don't know that for sure. Those sure are impressive loads! 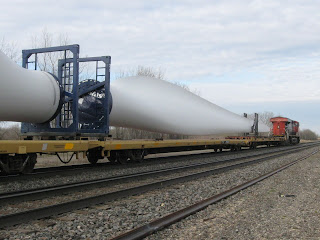