What could be better than watching baseball and trains on a fine summer evening?

That's what we can do in Winnipeg when we go to watch the American Association Winnipeg Goldeyes of at the downtown Shaw Park.


The stadium is nestled between the Red River and the CN mainline that curves around the ball park towards the downtown VIA station. 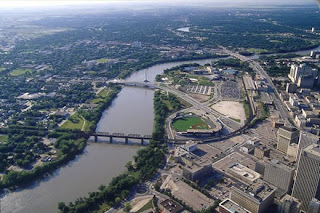 The best seats for baseball are along the baselines, of course. But the best seats for train watching are in left field. That's the best place to see eastbound trains coming towards the park, giving you enough time to get out of your seat to watch it go by on the viaduct behind the stadium.

Westbounds are trickier to catch; they sort of sneak up on you from behind the trees along the riverbank.

A few people have modelled ball parks on their layouts. One of the best was made by my brother-in-law, Ken Epp, on his Cougar River Subdivision. 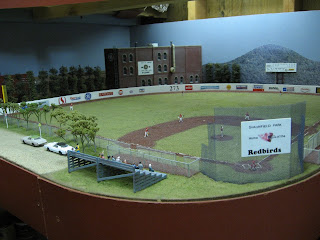 Any other favorite ballparks out there for train watching?

By-the-way, a Goldeye is a fish that is a local delicacy. 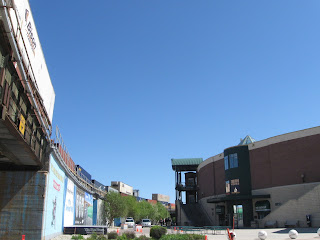 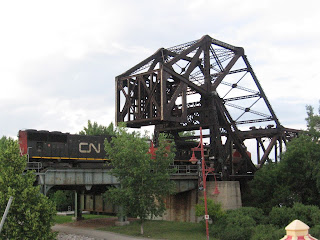