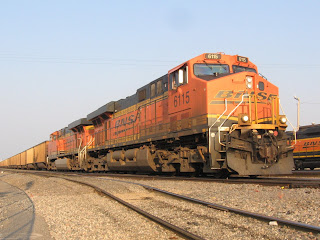 Every summer our family takes a trip to nearby Fargo, North Dakota. While the others go shopping, I go railranning, watching trains on the busy BNSF northern transcontinental line. 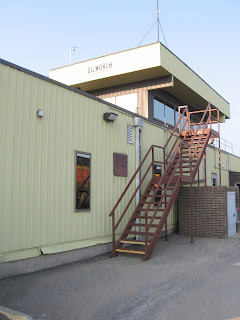 And busy it is! In a span of 90 minutes one evening, I saw 10 trains--mixed freight, double stacks and, as is happening more frequently now, solid trains of tank cars coming and going from North Dakota's Bakken oil field. 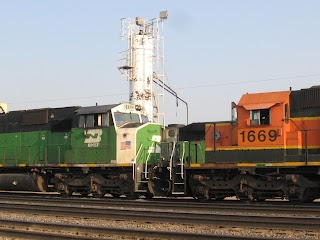 I did some of the train watching at the Dilworth, MN yard, located across the Red River from Fargo. Dilworth is where the Staples and KO Subs. meet, and is a crew change point. As long as you stay away from the tracks, BNSF employees don't seem to mind you hanging around taking photos. 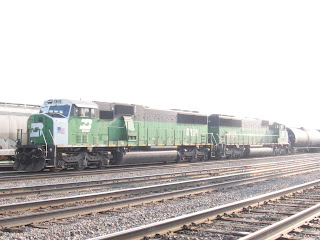 Unfortunately, I was at Dilworth after supper, so could only get good shots looking east.

Before we went home to Winnipeg, I went trackside again in Fargo one morning, where I caught these two trains waiting for a local to clear the line. 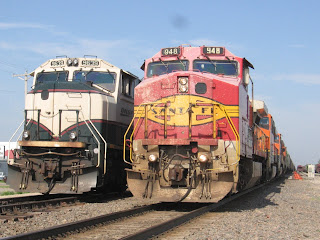 Fargo has more than trains; if you are a baseball fan as well as a railfan, no visit to the city is complete without stopping by the Roger Maris museum in the West Acres Mall. 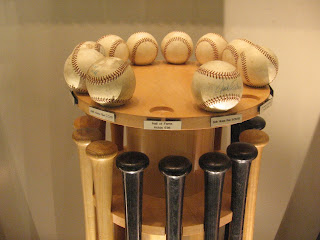 In it you can see 10 home run balls from his historic 1961 home run record-breaking season ((#61 is in the Hall of Fame), along with a collection of bats and other memorabilia. 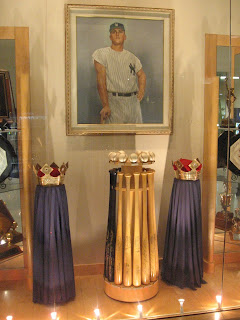 By all accounts, Maris was an unassuming person; when the Fargo native was approached with the idea of creating a museum in his honor, he initially declined out of humility. Eventually, he gave permission, as long as the museum would be located "where people will see it, and where they won’t have to pay for it.” The museum is located in the mall, near the Sears.
Click here to visit the museum's website. 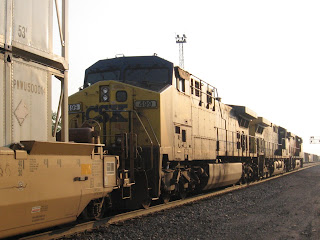 More of my North Dakota railfanning photos can be found here (Grand Forks), and here (glint photos from Dilworth). 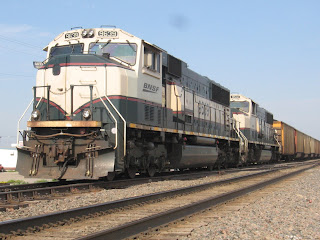