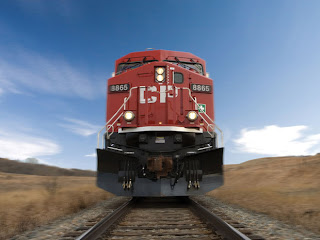 Canadian Pacific Railway has a long tradition of commissioning photographers to take pictures of its trains and Canadian scenery. The best known is Nicholas Morant, who spent 50 years crossing the country taking photos of CPR trains.
Although best-known, Morant wasn't the only company photographer—or the first. According to the January, 1987 edition of CP Rail News, the railway's involvement with photography dates back to the 1880s when the railway was still under construction. 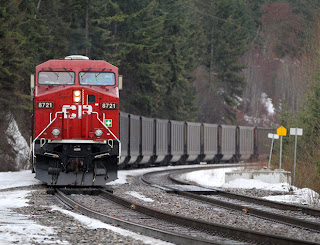 The first photographer to be hired by the company was Alexander Henderson, in the 1890s. The railway provided him with regular use of a photographic car, and the co-operation of the entire railway system—wouldn't that be a great job to have! 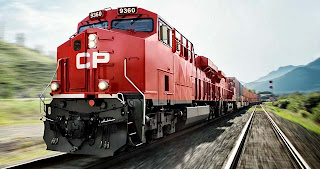 In addition to hiring photographers, the CPR also granted travel passes to a number of independent photographers, whose work was purchased for advertising purposes.
The actual photographic department was created in 1914. In addition to taking photos, the railway became involved with Associated Screen News, producers of motion pictures, which added greatly to the company's photographic coverage. By the early 1940s, a suite of eleven rooms at Windsor Station in was devoted to the photography department. 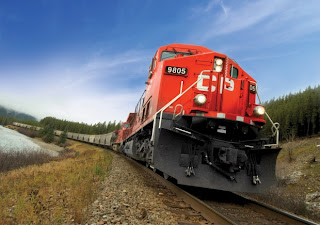 Today, the CPR’s historic photographic collection is held in the company archives. Some of the photos are available online on the CPR website. The Vancouver Public Library has a collection of historic photos taken by the railway in B.C. on its website.

The railway’s commitment to great photography continues today, as seen in the photos from the railway on this page. Unlike in the past, when the photographers were well known, photos issued to the media today by the CPR appear without credits. We don't know who took these great photos.

We may not know their names, but it's clear that the CPR is still utilizing some good photographers. Enjoy the photos! 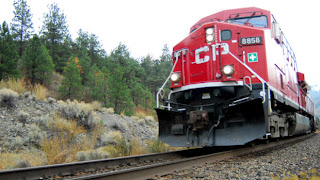