Golf, Trains and the U.S. Open 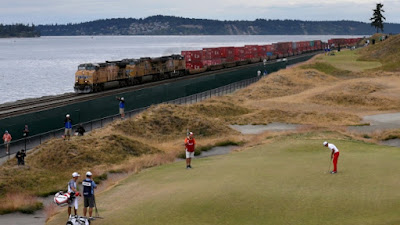 Golfers and railfans alike are talking about one of the unusual features of the Chambers Bay golf course in Washington—host to this year’s U.S. open—the trains that run besides the 16th and 17th holes. 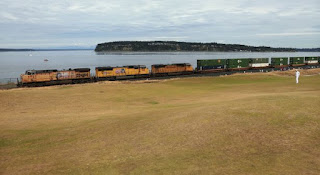 The BNSF line between Seattle and Portland hosts about 60 trains a day, including Amtrak. Half of those run between 8 AM and 8 PM, when play is occurring. 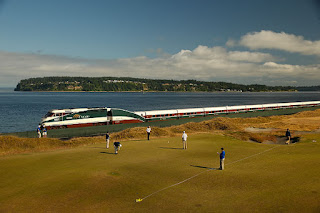 Prior to the tournament the U.S. Golf Association discussed whether it should ask BNSF to alter its schedules during play to lessen the distraction. The decision was no.

BNSF did ask its engineers to not blow their horns during the open—something they often do at other times when people are on the course. 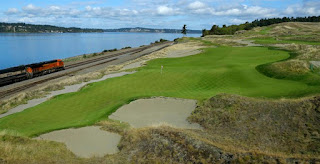 Seeing the trains roll by made me wonder if there are other golf courses around the world with train tracks nearby. Apparently, there are a few, as the photos below show.