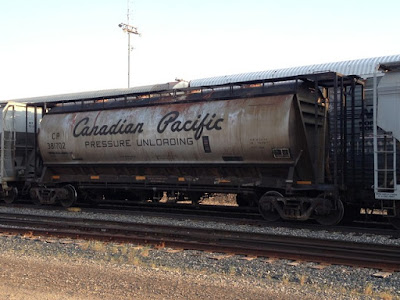 What are the chances of finding a piece of rolling stock on the CPR in 2015 in script lettering? But I did, today, in Winnipeg at the downtown yard when I spotted #381702 in a westbound consist.

The car in question was built in 1966 by National Steel Car. The script version of the railway's name was introduced in 1963, and replaced in 1968 by the Multi-Mark.

So, two things. First, this is a very old car. Second, it's an old car that was never repainted. 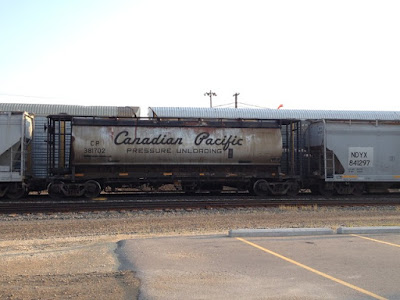 A quick web search indicates that this car has also been seen in B.C., Alberta and Ontario.

For the M & M Sub., which is set in the early 1990s, having a few cars in script is not unusual. But anyone modelling today's railroading would be hard-pressed to explain having one on their layout.

Also while at the yard, I took the photos below, just for the heck of it. 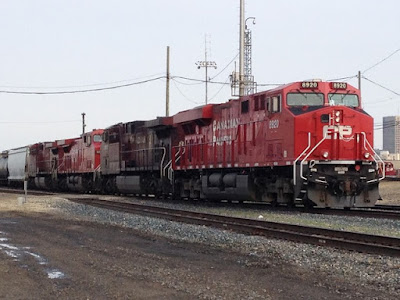 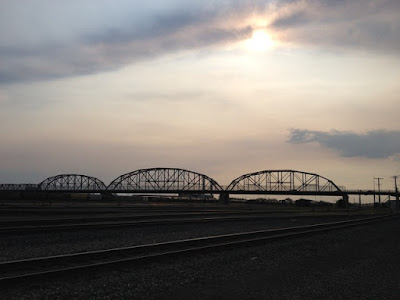