"Drive" a Train in Vancouver

And you aren’t driving it; but you can pretend if you’re lucky enough to get a front seat, you’re sitting in front of the window with a great view.


I was in Vancouver recently and had a chance to take the Skytrain. They fully-automated system has 68.7 kilometres (42.7 miles of track, much of it elevated.

I was on the Millenium Line because I wanted to go from downtown to Central Hobbies, Vancouver’s best all-trains hobby shop.


The store is located very near to the Renfrew Station, and right beside the line leading to Vancouver’s Pacific Station. The line hosts trains from CN, VIA Rail and Amtrak, and the Rocky Mountaineer.


No trip to Vancouver is complete without a trip to the harbourfront, where you can not only see the ships—including cruise ships—but also trains from the West Coast Express, which serves people in the outlying communities.

During the day, the trainsets are parked along the harbourfront, beside the CPR intermodal and grain hopper storage yard. 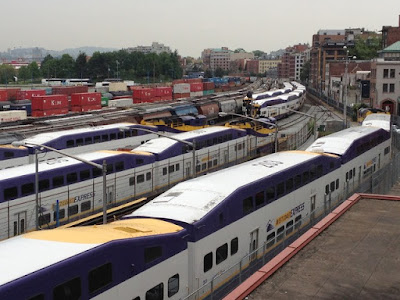 There are many good reasons to visit Vancouver; sitting in the "driver’s" seat on the Skytrain might be among the best. 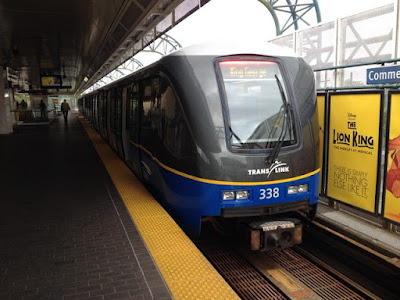 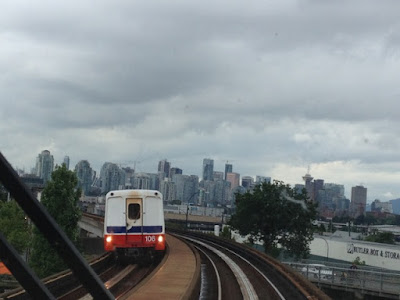 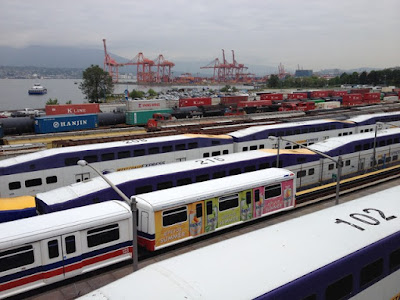