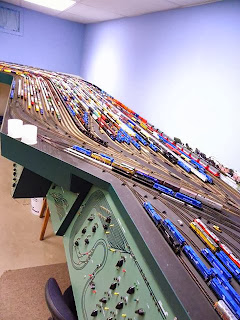 If I filled every inch of the CP Rail M & M Sub. yard in Fort Frances, Ont., I could squeeze in maybe 50 cars.

That's nothing compared to what Todd Treaster's yard can hold. His yard holds 3,200 cars. 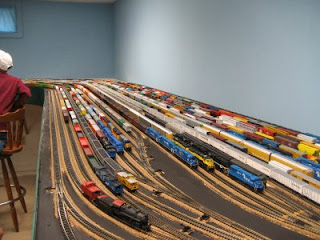 Of course, his layout is N scale, and my yard is HO. But still--that is one big yard!

Todd, an engineer for Norfolk Southern, has built a large layout in his basement (called the New York, Susquehanna & Allegheny Pittsburgh Division). His yard is 54 feet long and 40 tracks wide.

Altogether, Todd owns 1,500 locomotives and and nearly 15,000 cars--no wonder he needs such a big yard! (Although most are in display cases in his basement.) 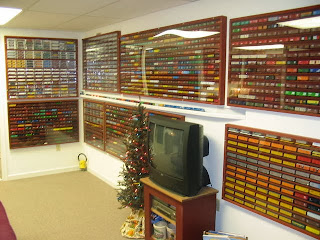 More photos of Todd's layout are below. 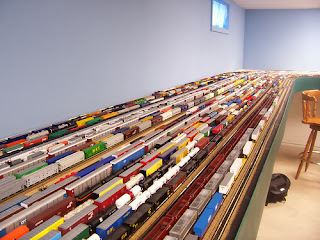 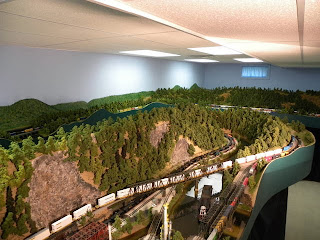 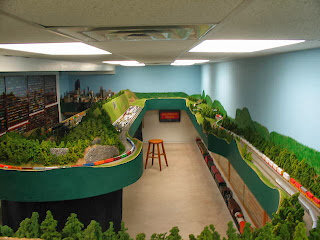 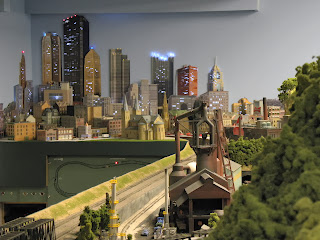 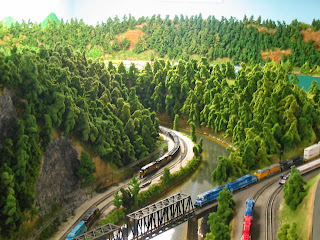