What would our hobby be like without train shows?

Here in Winnipeg, the annual fall Winnipeg Model Railroad Club train show marks the beginning of the train season--the weather is turning colder, and now is the time to start thinking about working on the layout.


This year the Club combined its show with VecTor Gardens for Manitoba Mega Train. In addition to the vendors, the show featured layouts in various scales--Z, N, HO, O, G and Lego, along with a riding railway.

I didn't expect to buy anything, but you know how it goes--there's always something that calls your name.

One vendor was sitting behind his table putting together older rolling stock kits. "Nobody wants to buy anything that's not ready-to-run," he said. Other vendors confirmed that to be the case.

One sad feature of the show--as it is of many train shows across North America, I expect--was that there were vendors selling off estates. In this case, it was three model railroaders who had died and one entering a nursing home. In three of the four cases, the former owners had never got around to actually building a layout.

One had said about his hobby just two days before he died: "I wish I had ten more years."


That comment reminded me about the old adage about the best time to plant a tree: 20 years ago, or now. The same holds true for building a layout.


At some estate tables, items were still in the original boxes, unopened and unused. Some of those boxes were 40 to 50 years or more old. (People who loved old wood kits were in luck.) See a few examples below. 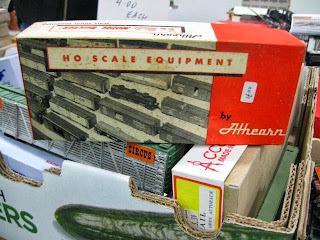 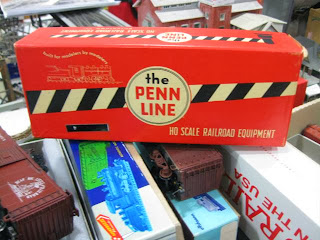 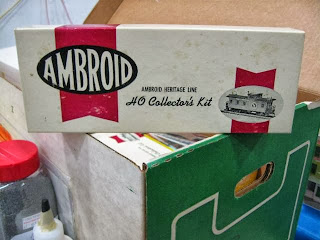 When my stuff goes up for sale at a train show, it will have some kilometres on it, or show that it has been enjoyed. Will your stuff look that way, too?