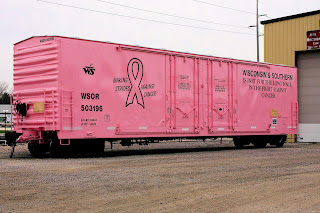 October is breast cancer awareness month. NFL players are wearing pink, and I've seen fire trucks, other trucks and police cars painted that same colour. I wondered: What have Canadian railways done to promote this cause?

Nothing, as it turns out--at least as far as I can tell. Things are a bit different in the U.S. though. The Wisconsin & Southern Railroad painted a boxcar pink in in 2007 (see photo above). It was done in memory of Lucy Stone Gardner, late wife of WSOR owner Bill Gardner.

The car was replicated in model form by Athearn in HO scale. 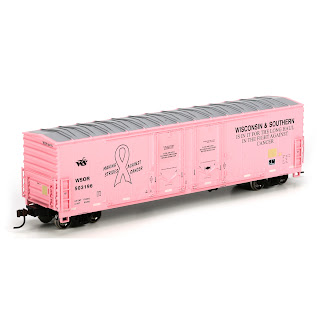 Alas, even a car promoting breast cancer awareness isn't safe from taggers. The owner of Thundertrain caught up with the car in Little Rock, Ark. in August, 2012.

This isn't the only piece of rolling stock or locomotive I've found that was decorated to promote breast cancer awareness. D & H employees in Binghamton, NY painted a gondola pink, the Union Pacific added a pink ribbon to a locomotive, and Sullivan Scrap painted a high side gondola pink. 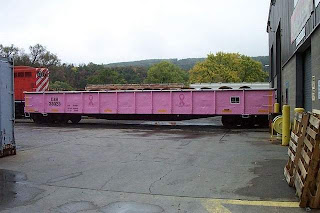 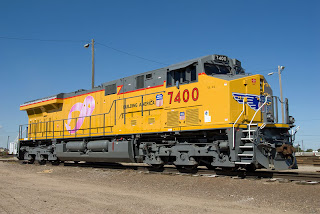 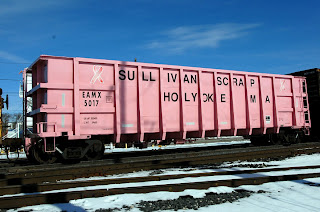