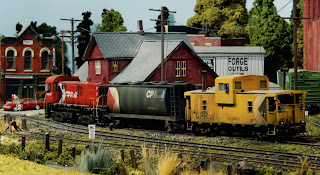 For me, it was like the quest for the Holy Grail: Could I get photos of Pierre Dion’s magnificent CP Rail Quebec Subdivision, and post them on my blog?

The answer, as you see, is yes. A couple of weeks ago I was able to track Pierre down.; in addition to receiving permission to scan and post some photos of his layout from the November, 2004, Railroad Model Craftsman, he sent me some other photos, too. 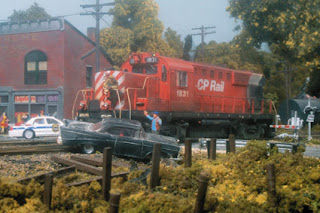 Like the CP Rail M & M Sub., the HO scale Quebec Sub. was set in that other transition period—the late 1980s-early1990s. This was the time just before CP Rail started to sell and or abandon its lines in Quebec. 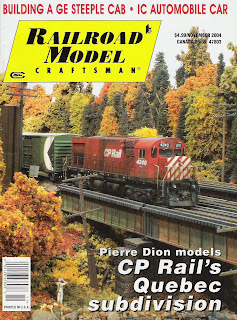 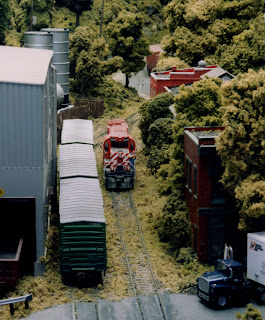 The layout itself was in a 17 by 21 foot room, and featured a double track mainline through generic scenery. But, oh—what scenery it was! “Lush” is the word that most often comes to my mind, along with extremely realistic. Pierre has a knack for creating believable ground cover, ballast and trees, along with buildings and various line side and other details. 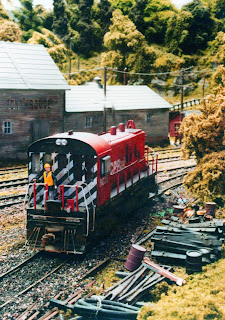 I have been speaking of the layout in the past tense; it’s gone now, being replaced by a bigger layout. This time Pierre has a 24 by 25 foot room to work his magic in, plus a 9 by 12 foot room for staging. 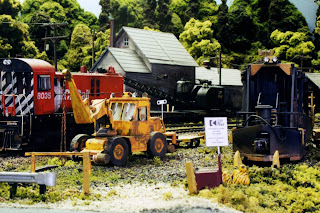 The new shelf-style layout will have a 150 foot mainline, and will once again focus on CP Rail in the Montreal area and eastern Quebec in the late 1980s-early 1990s—with the same roster of unique units pulling their last miles. And, just like with his first layout, it will also be called the Quebec Subdivision. 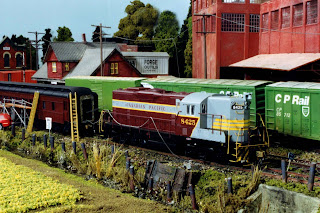 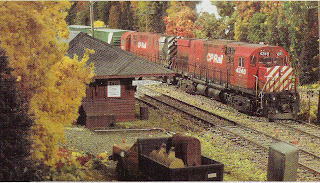 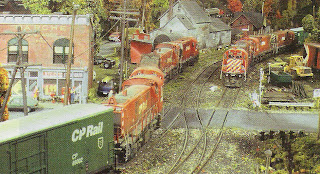 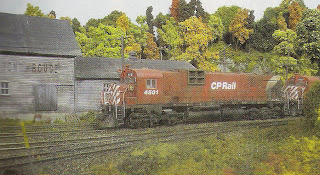 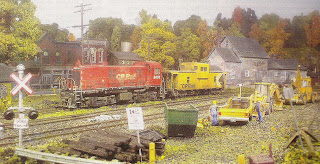 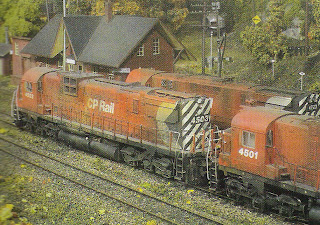 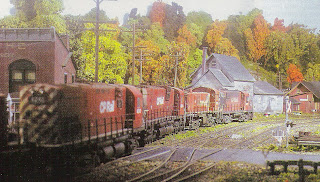