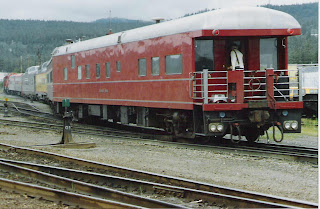 Modelling inspiration comes from various places. One source of inspiration for me came in 1992, during a visit to Cranbrook, B.C.

I recently came across a couple of photos I took during that visit. I scanned them and have posted them above and below.

I don't know anything about that train--how it came to be there, or who owned the cars. All I know is that it set me on an enjoyable modelling path as I have collected colourful passengere cars from various railroads across North America to assemble my own private owner's train. 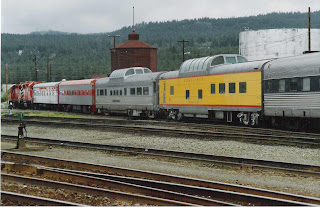 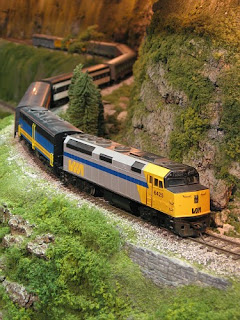 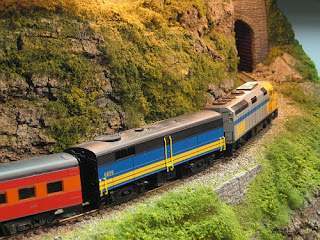