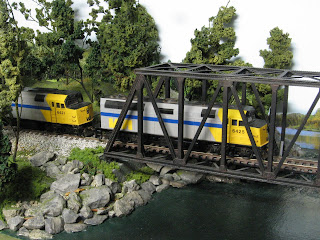 Two VIA Rail units lead a private owner's train over the
Rushing River.

Since the CP Rail Manitoba & Minnesota Subdivision is set in the early 1990s, it doesn't see regular passenger service anymore.

The scenic route does see another kind of passenger service, though: Private owner's trains. Like the one I caught while out railfanning on the Rushing River in October; see the photos below. 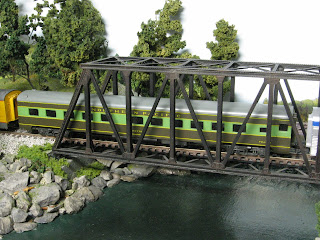 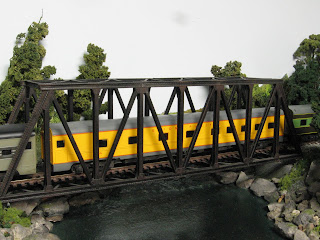 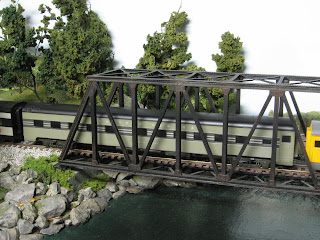 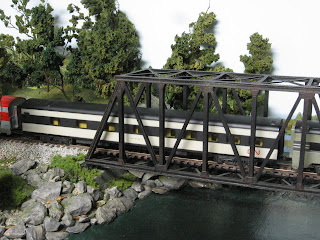 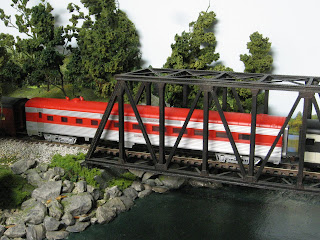 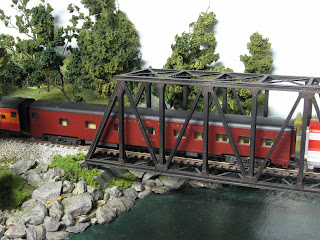 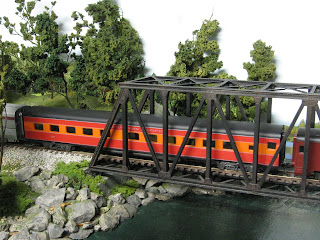 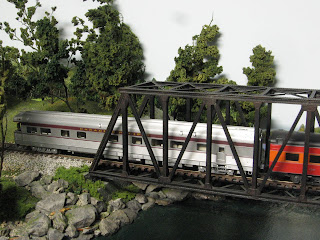 And bringing up the rear, the CPR business car.

In the real world, private owner's trains are trains of privately owned passenger cars that come together periodically for rare mileage runs (tracks that haven't seen passenger service for a long time).

On my layout, the train provides a colourful change of pace, and a reason to run passenger service. The train is made up of Rivarossi passenger cars (all except the business car, which is by Kato, and the VIA Rail baggage car, by Con Cor). It gives me a chance to run the classic and colourful schemes of the golden age of passenger service. It also gives me a chance to utilize my, er, cheap side; all of the cars were bought used or greatly on sale. It's a great reason to check out used bins and flea markets!
Posted by JDL56 at 3:53 PM