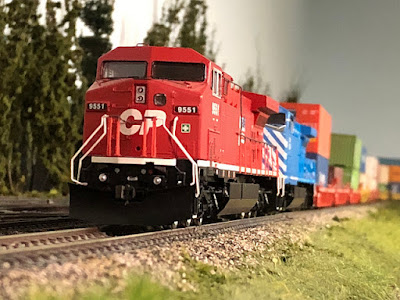 2019 is a big year for this blog, and for the layout it is based upon.

It was ten years ago I started writing about my layout, model railroading in general, and the prototype.

For me, it was a bit of fun writing—an escape from my regular work as a columnist and communicator.

I was doing it just for me, in other words. But it seems to have resonated with others. 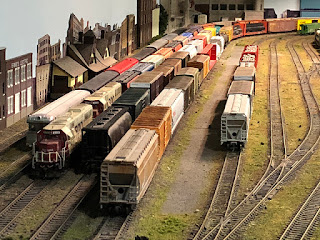 As of today, my 854 posts have been viewed over 1.3 million times. Amazing!

While each post has brought its own kind of satisfaction, the ones I find the most fun are those about other layouts.

This is especially true of my Great Canadian Model Railroad series. 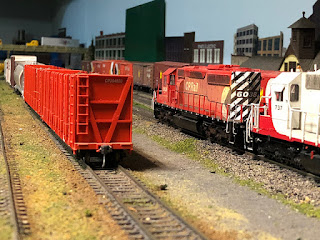 To date there are 97 posts in that series. Some are doubles of the same layout, but I think it’s safe to say I’ve featured over 80 layouts in the past decade.

There is so much great Canadian modelling out there; it's been a privilege to share some of it.

As for the layout, 2019 is the 25th anniversary of the Manitoba & Minnesota Sub.

It was in fall, 1994, when I started construction, shortly after moving into this house. 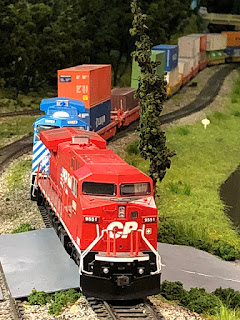 The M & M Sub. is my second effort at creating a real layout. I think it turned out OK.

One thing for sure: Over the past almost quarter-century it has given me a lot of joy and satisfaction.

(And a few moments of frustration when the source of a short couldn’t be found!) 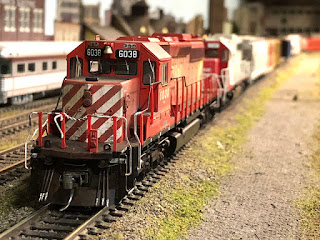 I’ve enjoyed sharing the layout with friends in Winnipeg, and with visitors from afar through three model railroad conventions in the city (two regional, one national).

I’ve also been able to share it with readers of Model Railroader, Railroad Model Craftsman and Canadian Railway Modeller—and, of course, through this blog.

It’s been a great run, in other words.

But this year will bring changes. 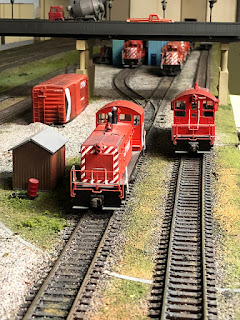 Not to the blog—I hope to keep that going.

But I think this is the year the layout comes down.

We will be moving in the next 2-4 years; not sure exactly when. The kids have grown up and moved out, and we really don’t need this much space.

Before we move, we will want to fix up the layout room; not too many people are interested in buying a house with a layout in the basement! 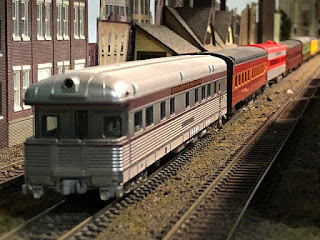 My plan right now is to dismantle the lower level, but leave the upper level up as a switching layout.

This will do several things.

First, it means I can take the layout down at my leisure over the next year, not in a rush because we need to move or, worse, because of a health emergency. 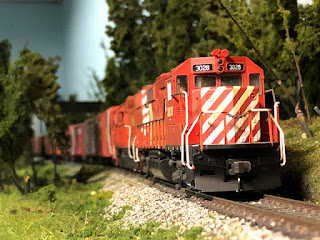 Second, it will give me a new building project. As I discovered building this layout, then taking down a third of it and starting over again (and in building the N scale Thompson River Canyon), I actually like building layouts more than running trains.

And that means, third, I will have more inspiration for the blog.

Right now, I have a mix of dread and anticipation. Dread, because it will be hard to see the M & M Sub. go. It's been like a trusted and valued friend for so many years.

And anticipation as I think about what I can build in it's place. 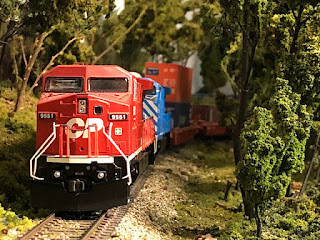