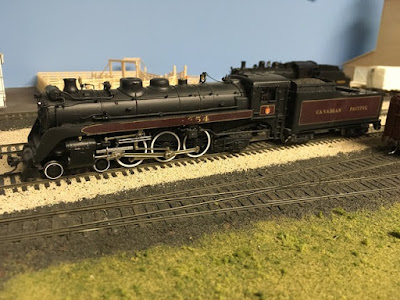 Earlier, I posted a photo of Jeff Pinchbeck’s Great Canadian Model Railroad in a post about the recent Doubleheader’s layout tour.

Jeff’s layout is an around-the-walls style in a 12 by 34 foot room, with hidden staging in a separate area (but visible via closed-circuit TV). 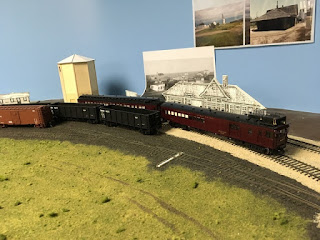 Set in 1938, it features the CPR Sutherland Sub., a 20 kilometre stretch of track east of Saskatoon.

Scenery is partially completed. Most of the structures are yet to be finished. (Which is kind of cool, since visitors can get an inside look at Jeff's construction techniques.

Jeff also helpfully posted photos and other information about the towns and area hes is modelling to help visitors see what he is trying to recreate on the layout. 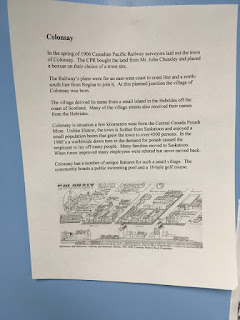 After I got home, I sent Jeff a note asking if I could post more photos and info about his layout. Here are his replies.

The period from 1936 to 1938 represents the remaining days of early 1900s steam locomotives and rolling stock. At the same time, the railway was modernizing with larger locomotives and semi-streamlined equipment. 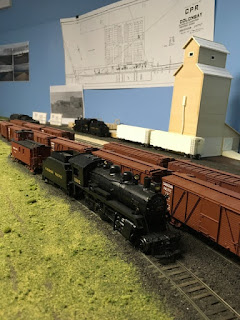 Why did you choose that section of the CPR in Saskatchewan?

In the late 1930's the schedule was changed so that the East and West bound of the "other" trans-continental train, the "Great West Express", met in Colonsay every day for 25 minutes.

There were also 14 trains scheduled a day in 1938; an equal number of freight and passenger. The majority of train meets occurred in this area. 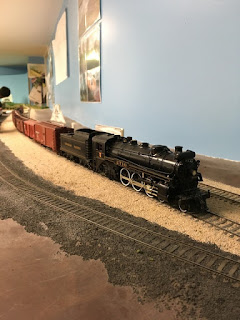 What kind of traffic will you represent on the layout?

Aside of passenger trains, the majority of the traffic will be grain, and commodities like coal and lumber. 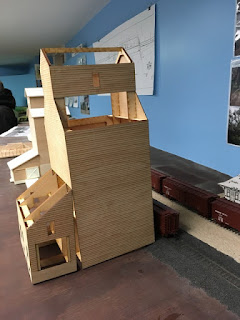 When did you start construction?

The visible area is detailed hand laid code 70 and 55 track. It is handlaid on home cut basswood ties. The minimum radius on the mainline is 30", with the minimum siding radius set at 26”.

Track in the hidden staging yards is code 100 Atlas flex track with Fast Tracks switches. In retrospect, I should have hand laid it too. 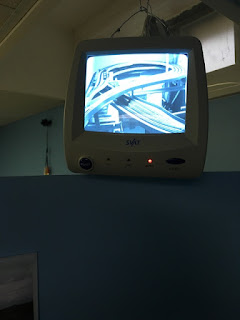 Are there any special challenges modelling that area and era?

Not really—just the typical scratch or craftsman kit building you’d expect from doing something this. There is some commercial stuff available, but repainting and lettering needs to be done because they come lettered for a later time period. 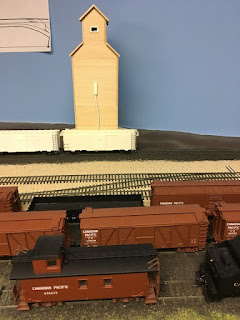 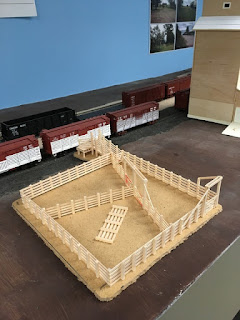