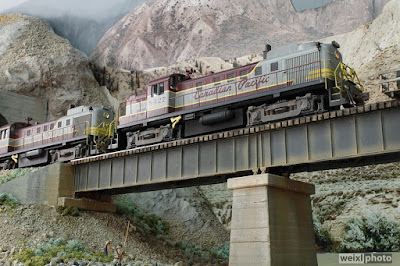 When I saw Don Weixl’s photos of his Nitro Pass & Okanagan Railway, all I could say was: “Wow!” 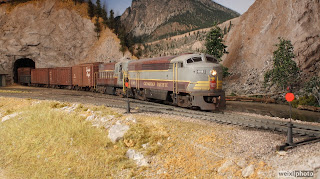 Don’s talents as a photographer, combined with his fine modelling, made for some stunning photos of his Great Canadian Model Railroad. 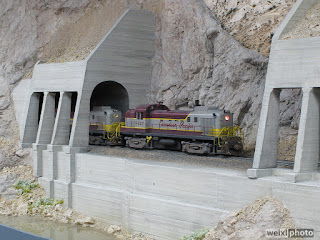 Don started the layout in 1991. It is based on a track plan by well-known layout planner John Armstrong (published in the February, 1991 issue of Model Railroader). 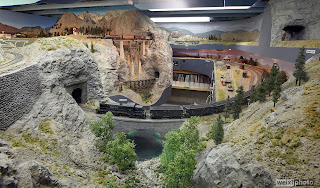 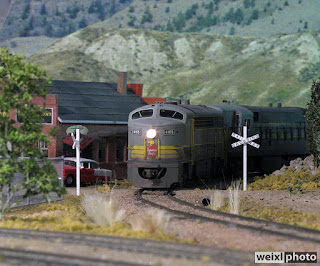 The basic plan is a loop-to-loop, but it can also be operated point-to-point. 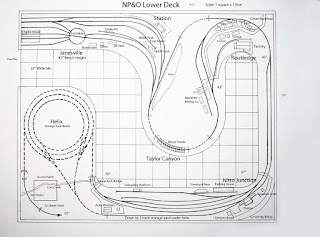 The mainline run is 120 feet, the minimum radius is 24", and the maximum grade is two 2 percent. 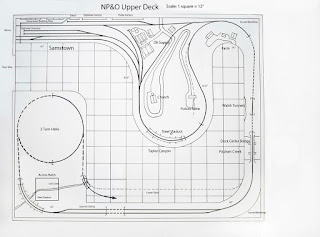 The lower level is 42 inches off the floor, and the upper level is 62 inches. 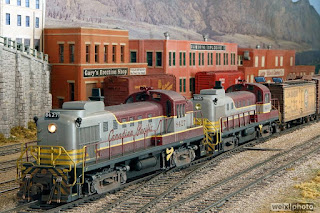 The track is Micro Engineering code 70 and 55. Scenery is plaster over cardboard webbing, and also natural rock and sand. 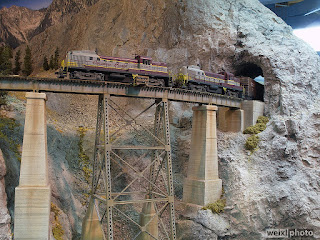 The backdrop are photos Don took, or hand painted on 1/8" Masonite. 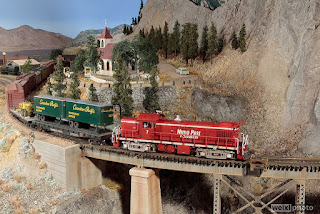 As Don describes it, “the Nitro Pass and Okanagan is a fictional railway that joins the Canadian Pacific in Grand Forks with Vernon. The CPR has a partial ownership of the NP&O, and has running rights over the line.” 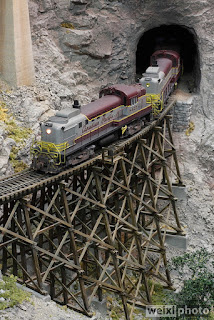 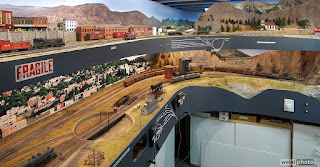 Don’s photos of the layouts of others have been published in the model railroad press, and his article about how he built the concrete bridge abutments, tunnel portals and rock sheds on the NP&O appeared in the January, 1997 issue of Railroad Model Craftsman. 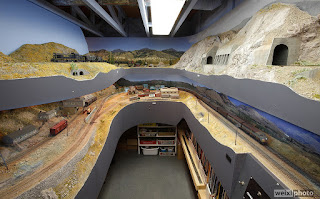 Don enjoys the artistic side of model building and scenery making. As a professional photographer, he acknowledges he has “a bit of an advantage when it comes to taking photos” of his layout. 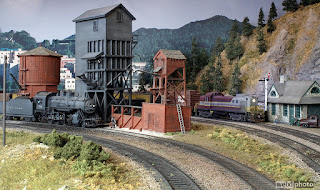 That may be true, but even a good photographer can’t make a bad layout look great—Don has done a tremendous job of creating a great model railroad. 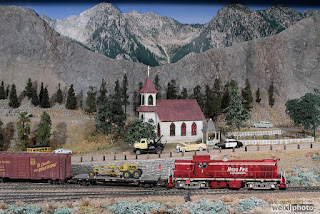 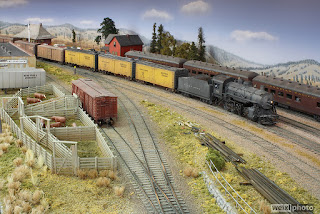 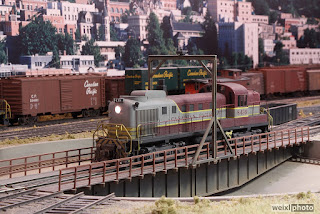 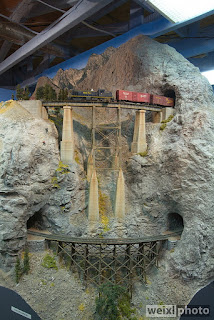