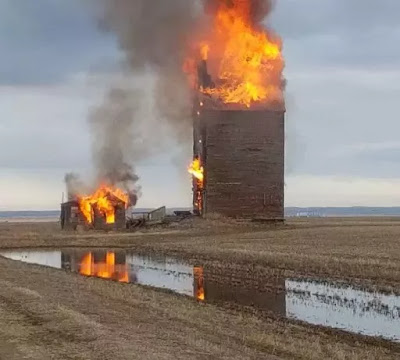 Two years ago, I wrote about the idyllic abandoned grain elevator in Thrasher, Sask.

The old elevator was located off Highway 7, between Rosetown and Swift Current.


"Was," is the operative word now, since the elevator is no more.

Thanks to an anonymous tipster, I learned that the elevator was intentionally burned down by the farmer who owned the land where it was located. 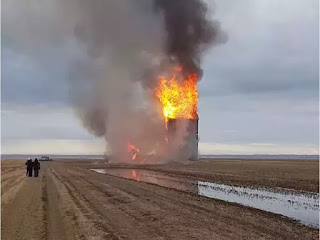 I went online for confirmation, and found the photos on this page from the Regina Leader-Post.


According to the Leader-Post, the fire was started at 8 AM. In 28 minutes, the elevator was gone.
Local farmer Stuart Lawrence said the grain elevator was built in 1923, and was the last piece of the former town. 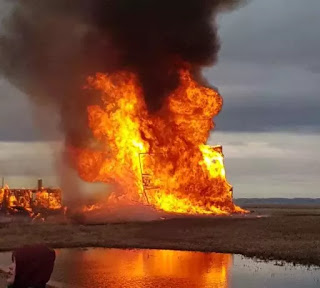 He said the owner had tried to give the elevator away to museums and historical societies, but nothing ever came to fruition.
Since it had become a safety hazard, he decided to destroy it.
Farewell, then, to yet another iconic prairie sentinel. 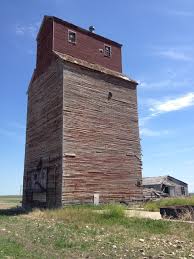