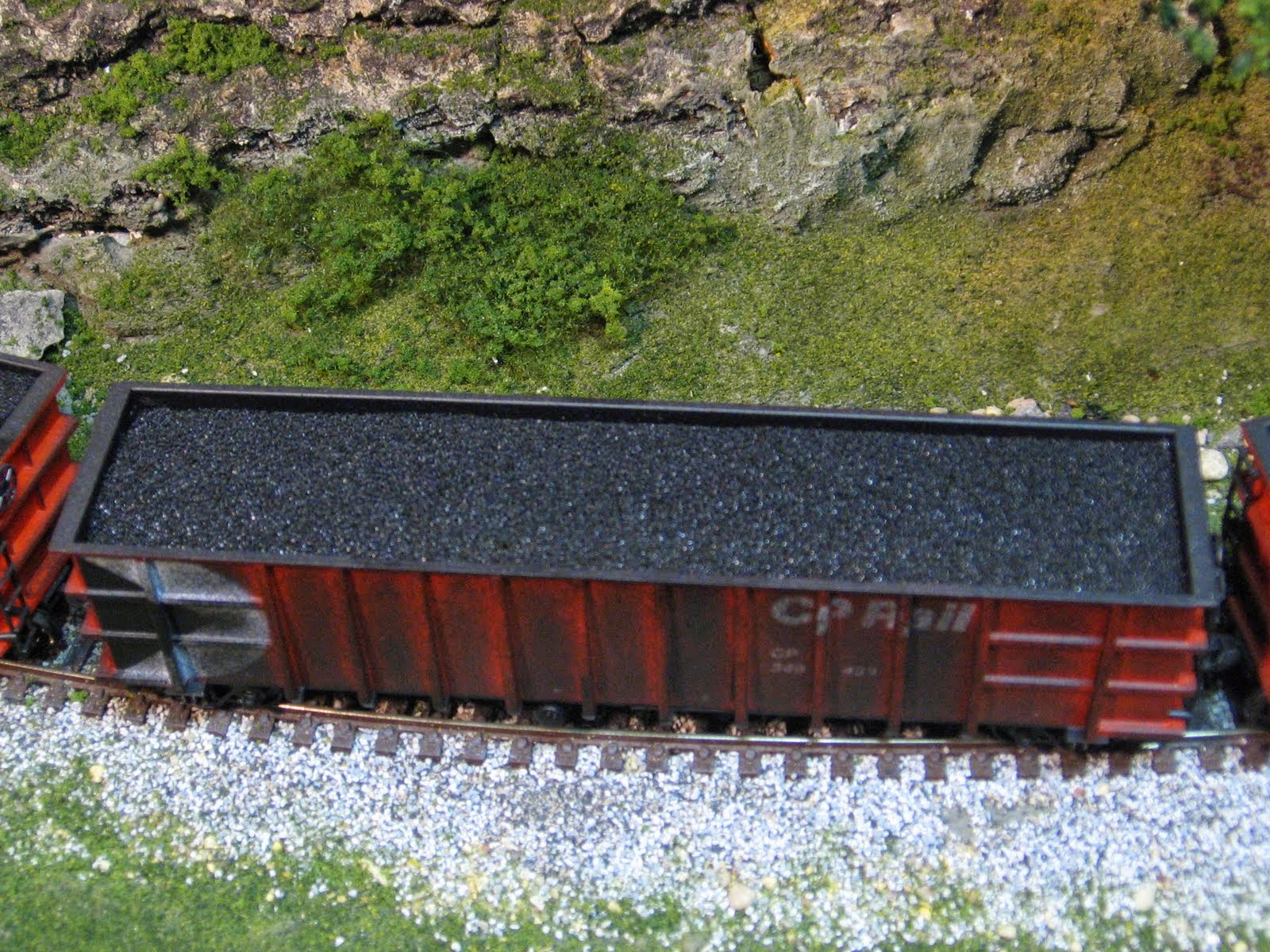 A discussion on a model railroad forum about using real coal for coal loads caught my attention. What, a poster wanted to know, was the best way to make a realistic looking HO scale coal load?

The poster wanted to use real coal. He had tried smashing it with a hammer; but it was too messy and taking too long.

Someone suggested putting the coal in a bag to limit the mess. Another said that he put lumps of coal between two sheets of plywood, then drove over them with his truck. That sped things up. 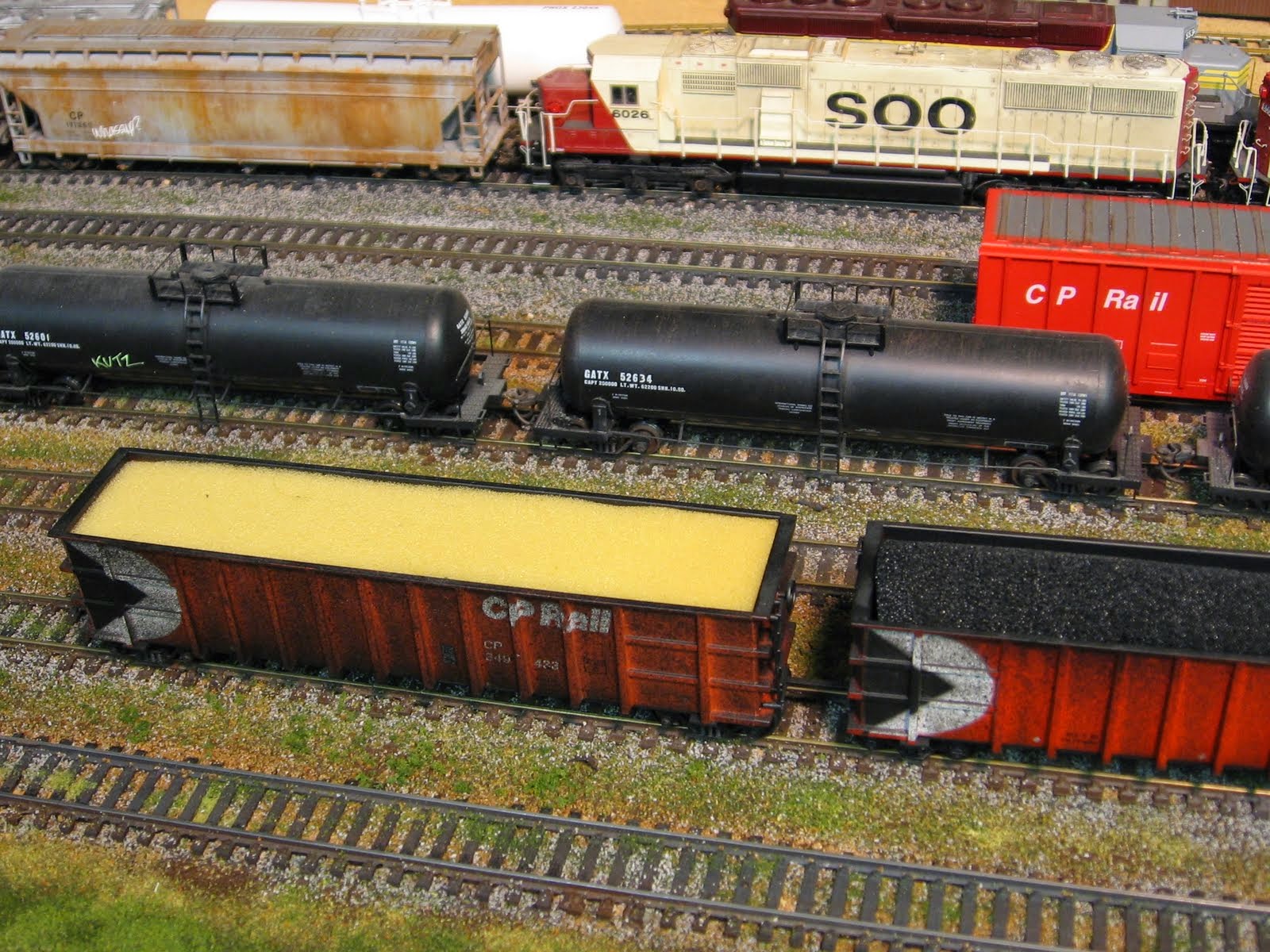 Hey--do whatever works for you, I say. But for me mattress foam was the answer. Cut it to size, spray paint it black and insert into coal cars.