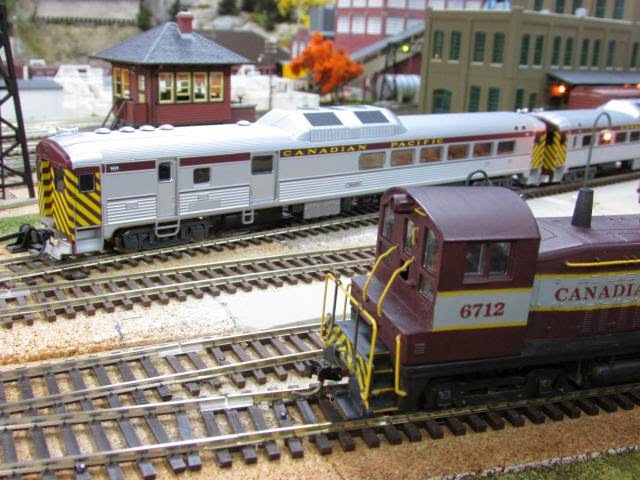 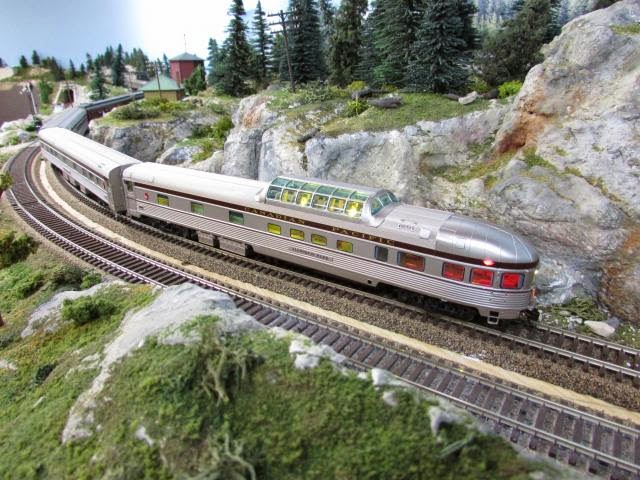 I went back to see the layout again recently, this time with Jason Shron, founder and CEO of Rapido Trains. Jason was in town to see his in-laws, and needed a layout to run some of his new products on--things like the new VIA F40PH-2D, LRC and FPA-4 and FPB-4 units, along with a CNR GMD-1. 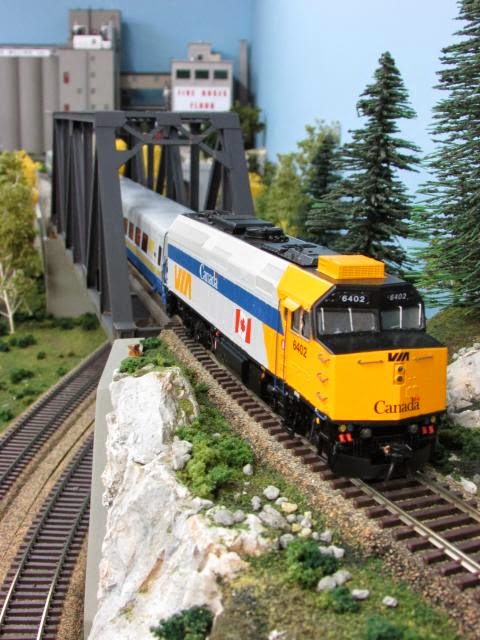 (The post about that visit, along with photos of those new products, can be found here.)

Once again, I was totally impressed by the layout, which features the CPR in the 1950s. I think you will be, too, as the photos will attest. 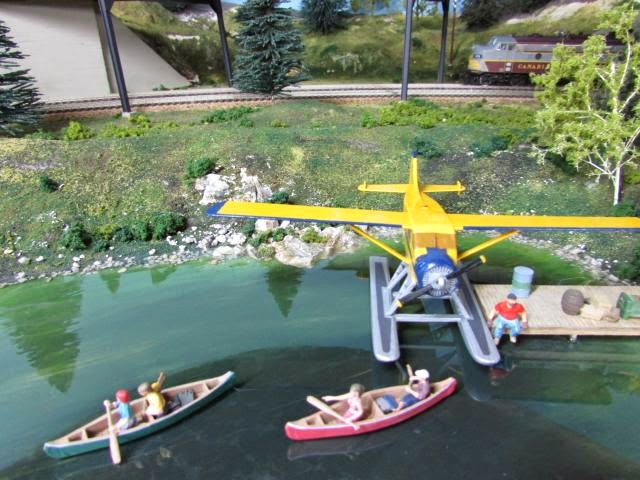 And now I can also tell you the owner's name: Walter Pankratz, owner of this great Canadian model railroad. 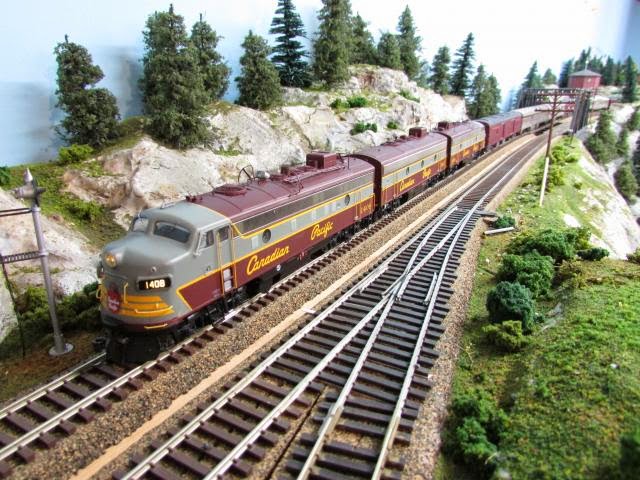 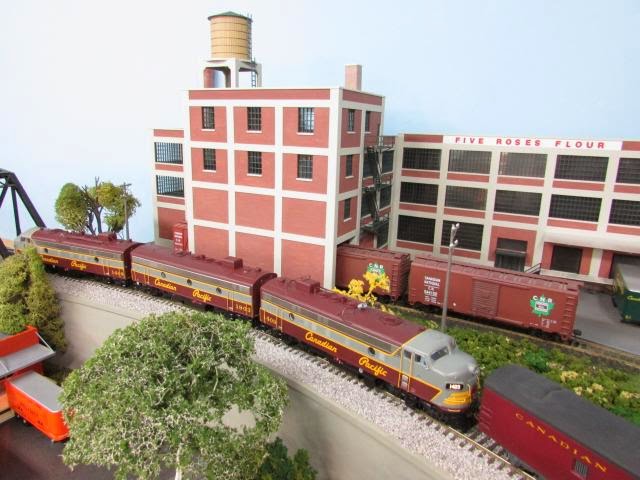 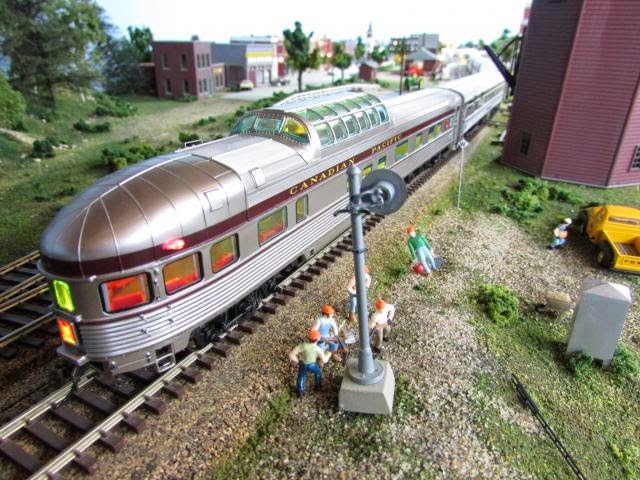 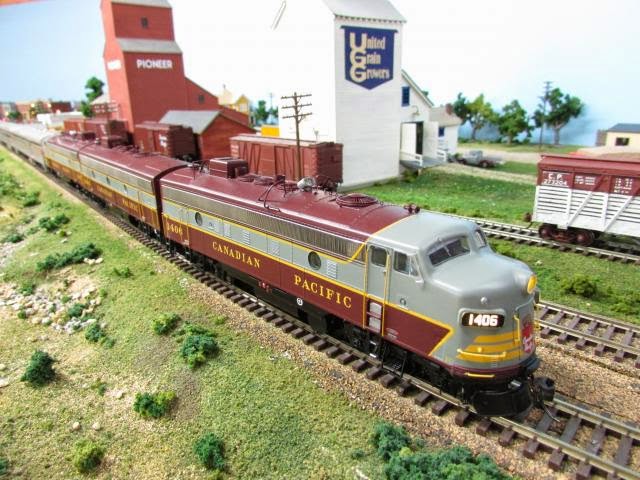