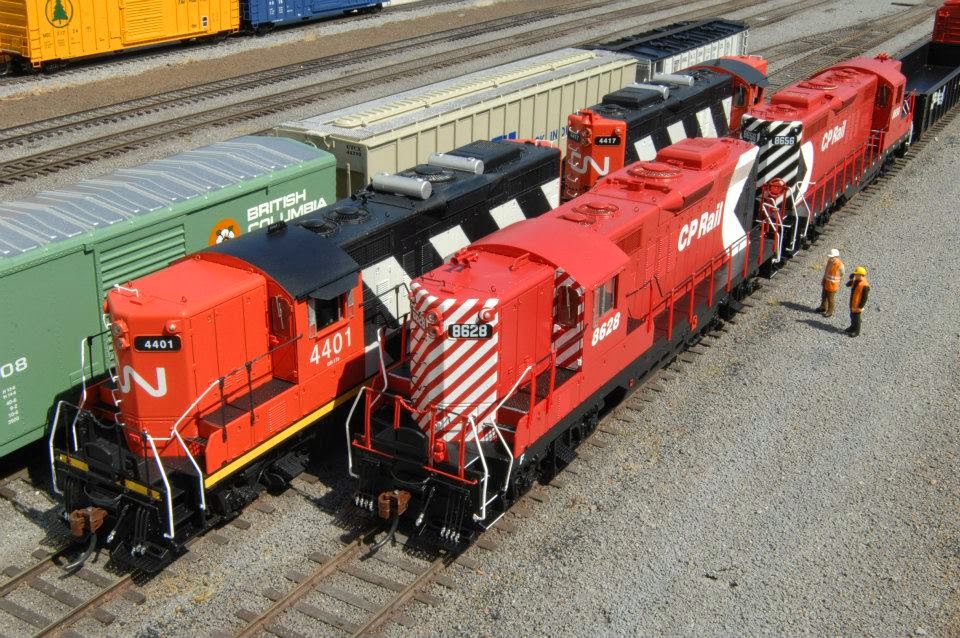 It keeps getting better and better for Canadian model railroaders--now Athearn has announced new Canadian-style CP9s in CN, CPR and CP Rail.

The units, in Athearn's Genesis line, are due in December, 2014. They will retail for $189 without DCC and sound and $289 with DCC and SoundTraxx Tsunami Sound. 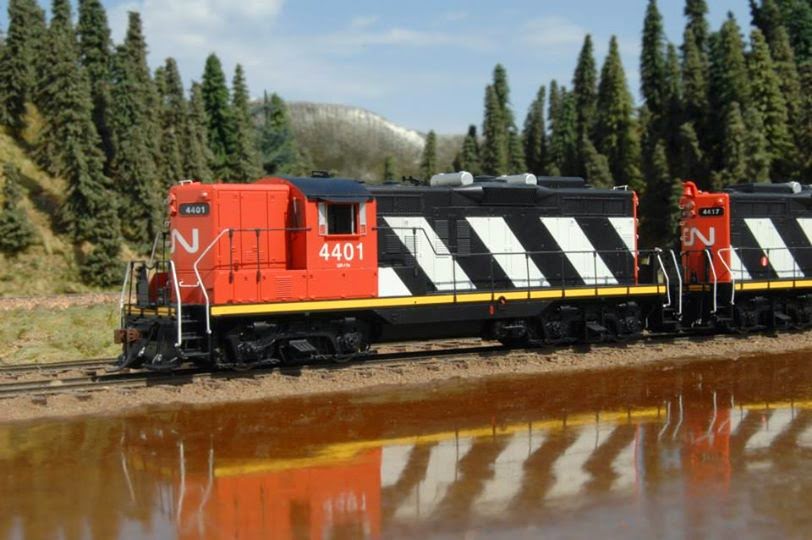 They are due out in December, 2014; pre-orders are due May 23. More information is available on Athearn's Facebook page. 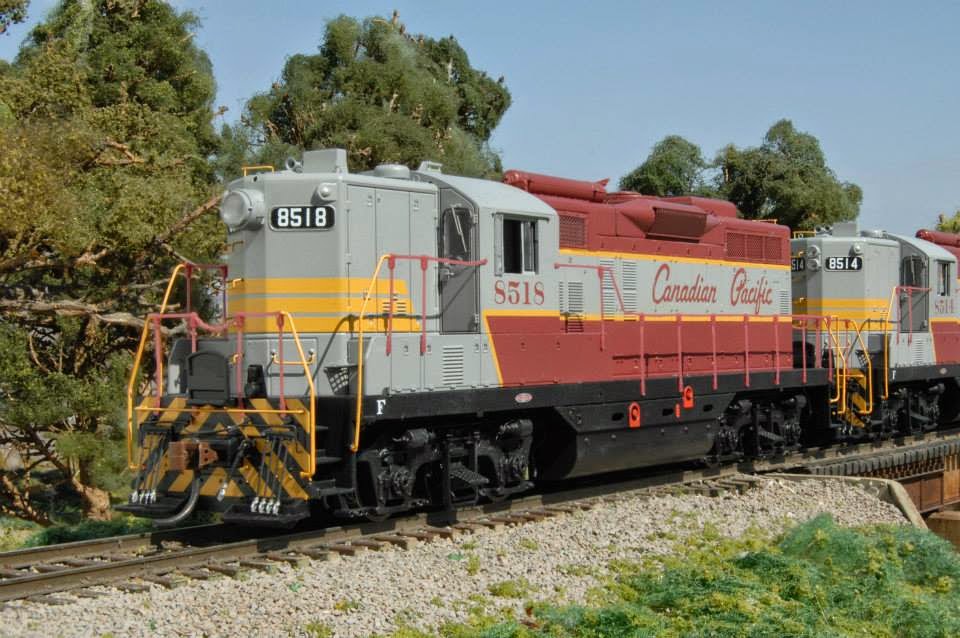 As for me, I'd be happier if they were chop-nose units--that would suit my era (early to mid-1990s) much better. But still, this announcement is to be celebrated. With InterMountain and Bowser both making Canadian-style SD40-2s, and with all the great items from Rapido, it's a great time to be a Canadian model railroader.
Posted by JDL56 at 7:45 PM