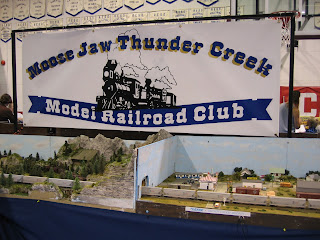 What do Al Capone and the Thunder Creek Model Railroad Club have in common?

No, not trains (although Capone did ride on one to Alcatraz--the so-called "Forty Thieves Special.") What they have in common is the city of Moose Jaw, Saskatchewan.

Or, at least, the Thunder Creek club does; Capone's connection is a little iffy. It goes back to prohibition in the U.S., when Moose Jaw was a jumping off point for alcohol headed to Chicago.

Beneath Moose Jaw's streets are an extensive network of tunnels, originally built to connect various buildings. During prohibition, they were used to hide copious amounts of alcohol prior to transport south.

According to several reports, Capone actually visited the city, although no photographic record or documentation exists.

As for the Thunder Creek club, there are plenty of photos proving its existence. And if you want to see it in person, you can do that March 23-24 at the club's 8th annual show at the Western Development Museum, where you can also see some real trains on display--and the 1949 Fudge Snowplane, a local Saskatchewan invention (see photo below).


If you can't get to the show, you can visit the club's website, or just enjoy the photos of their fine modelling on this page (including their model of the iconic Calgary Tower--the kind of thing you aren't likely to find on many layouts.). Photos taken at the 2004 Winnipeg Model Railroad Club fall show. 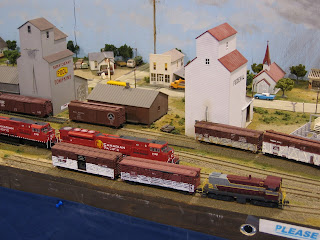 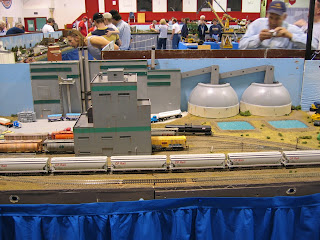 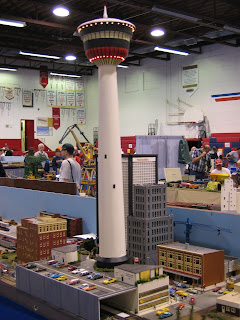 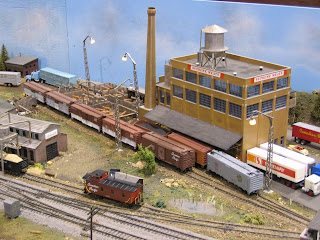 For more about Capone and the tunnels of Moose Jaw, click here.
Posted by JDL56 at 7:33 PM