As noted in the previous post, the much-lauded Ontario & Eastern was sold or divided among former members when the group that built it disbanded. One former member who took a few sections home was Tony Van Klink, who incorporated former sections of the O & E into a home layout and a portable layout he takes to shows.

Below find a few photos of Tony's beautiful layout, photographed at the Brampton, Ont. Train Show in early October; I hope to have an article about it in a future issue of Canadian Railway Modeller. 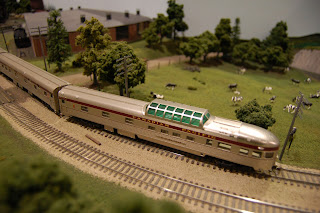 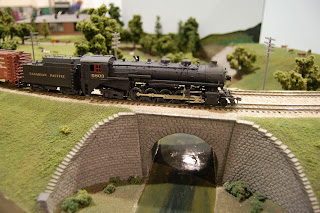 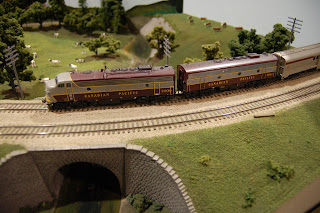 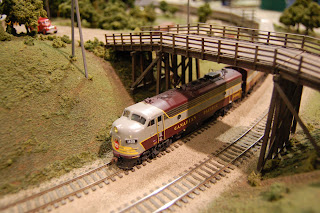 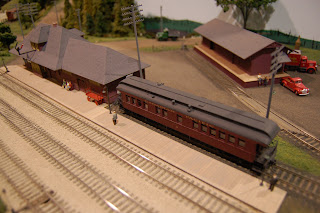