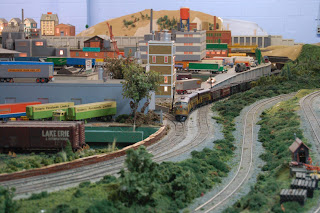 Business took me to London, Ont. in September. Luckily, my trip coincided with an open house at the London Model Railroad Group, owners of the two-rail O gauge Lake Erie & International. 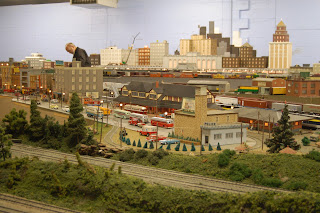 Founded in 1935, the club has been located in present home since 1970. The layout represents a fictitious line that runs along the northern shore of Lake Erie in Canada, and from New York State to Michigan. 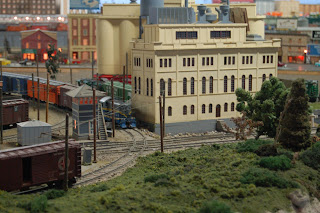 The building is huge—105 feet long by 40 feet wide. There is about 5,000 feet of standard gauge track on the layout, all of which has been hand laid on homemade wooden ties. The mainline is 1,200 feet long, looping around the layout five times. 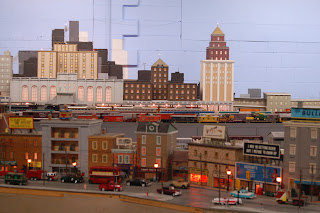 A train traveling at a scale speed of 50 miles per hour will take 12 minutes to travel the full length of the mainline. 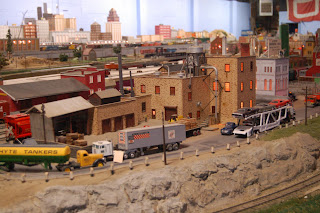 Four mainline trains can be operated at the same time. Operations are controlled by operators located in an elevated tower along the south wall of the building. A hidden storage yard can hold 10 trains. 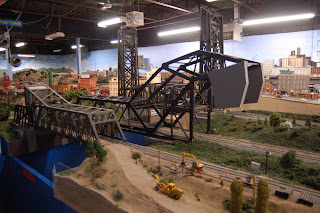 The layout features three operating lift bridges, a trolley line (powered by overhead wire), 21 stations, and a narrow gauge railroad.
The majority of cars and engines belong to individual members. Most of the equipment dates from the early days of steam. The buildings on the layout are almost all made from scratch and belong to the club. 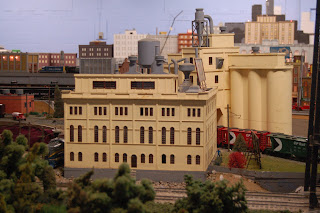 Of note to clubs who rent, and fear losing their space, the London Model Railroad Group owns its building. But that doesn't mean an end to problems; it has to be maintained.
The day I was there a bucket was strategically placed in an aisle to catch drips from a hole in the roof, and a blue tarp was placed over the layout to catch other unwanted moisture. The fix will costs thousands of dollars. 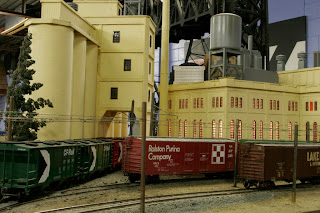 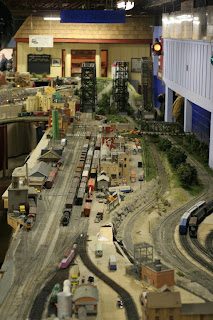