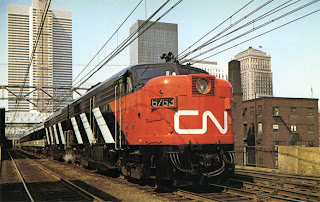 
Only 34 FPA4 and 12 FPB4 units were ever built, and only for CN—it was the only customer. The units were transferred to VIA Rail in 1978 and retired in 1988-89. Numerous tourist lines, such as the Napa Valley Wine Train and the Grand Canyon Railway, have preserved these unique locomotives in service.
Rapido’s commitment to accuracy is legendary, but owner Jason Shron has taken it to a new level; the nose contour of this newest unit will be accurately rendered in model form through a 3D scanning process of a real FPA4 unit—#6765 at Exporail, Canada's national railway museum in Montreal, Quebec.


The units are expected to be avaialable in 2013. Click here for more information. 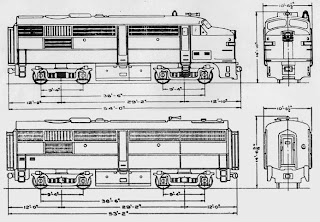