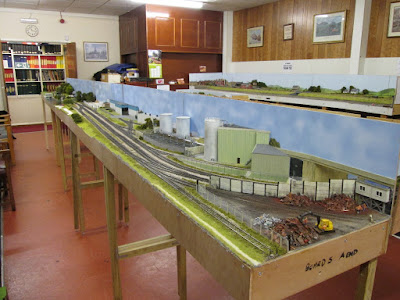 In 2013 I wrote about a Great Canadian Model Railroad in England—Chris Round’s Stoney Hill Yard.

Chris is at it again. He has built another portable layout based on a Canadian prototype: The Atherley Narrows.

Although Chris’ previous layouts successful and well-received at exhibitions, he wanted to build a better layout and remove some of the irritations with previous plans. 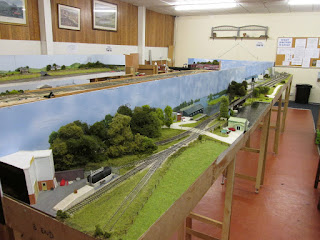 This included how operations on Stoney Hill were limited since all the industries were accessed off the main line—through trains could not be operated at the same time as industries were being switched.

The track plan allows for the seven industries on the layout to be served from loops off the main.

For inspiration for the new layout, Chris used a photo he had taken in 1994 of a swing bridge at Atherley, Ontario, at the confluence of Lake Simoce and Lake Couchiching near Orillia. 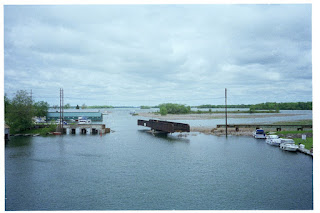 The bridge was already out of use when he took the picture, and was a CN line, not CP Rail. Not being a stickler for absolute authenticity, Chris was willing to pretend CP Rail owned it.

His initial thought was to build a simple diorama of the bridge and its approach piers, but he then decided to build something grander.

The layout is 20 feet long and 8 feet wide when set up. Individual modules are 4 feet by 18 inches wide. The modules (which the British call “baseboards”) are made of plywood.

Track is Peco code 75 rail and all switches and crossovers are handlaid. The switches are hand operated by rods attached to electrical switches at the rear of the layout.

Control is old fashioned DC. “I’ve too many old locos to convert to DCC and I can’t afford the cost of the better sound equipped new locos which are available,” says Chris.

“Much of my rolling stock is second hand, and all of the buildings and main scenery elements are scratchbuilt.”

As for the swing bridge itself, the base is a metal shelving bracket and the bridge is constructed from plastic. And, yes, it pivots! 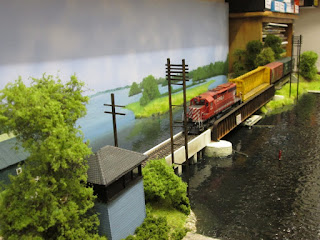 The layout is not yet complete, Chris says; the edges of the boards need painting, details need to be added and a lighting unit and upper fascia needs to be built.

Even then, it looks great to me—it surely is already another Great Canadian Model Railroad! 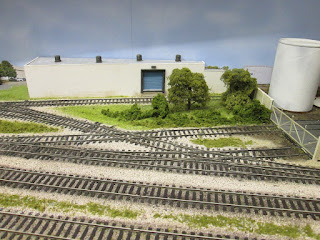 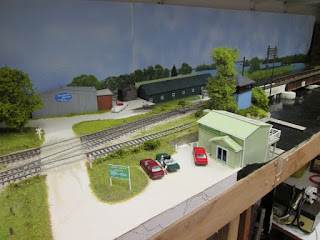